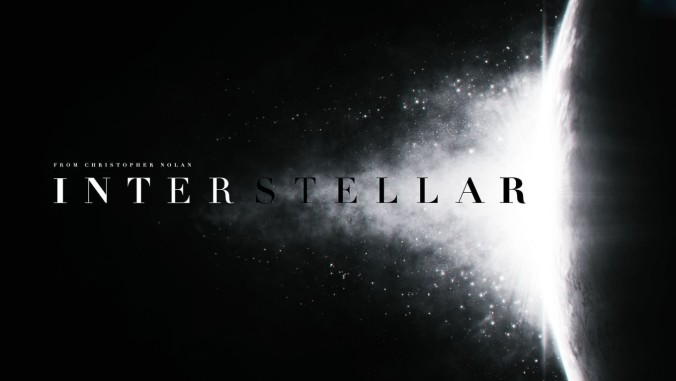 You may not be aware of this, but I am a huge fan of Christopher Nolan. I think he is a fantastic director with a keen eye for good direction and how to make movie I wll like. Hell, his movie “Inception” is honestly in my Top 5. So when I heard he was making anotehr movie I was of course stoked. And now it has arrived…but what did I think of it? Is it worth seeing or did Nolan finally make a piece of shit? Let’s find out!

This is the story about farmer simply called Cooper (Matthew McConaughey) who lives a semi-quiet life with his daughter Murph (Mackenzie Foy), his son Tom (Timothée Chalament) and his father in law Donald (John Lithgow). But one day that changes when he has to go into space to find a new habitable planet since the resources on earth are dying. But he doesn’t go alone, oh no. He got the help of an elite team made up of the people Amelia (Anne Hathaway), Doyle (Wes Bentley) and Romilly (David Gyasi). And out there they will use a wormhole to find a new planet to save humanity…ish. Sounds like pretty standard sci-fi stuff right? Well there is more to it since you know, it is a Christopher Nolan film. Yes the premise is simple enough but the final product is a lot more complex… and I really really liked it. I thought Nolan managed to direct the story with enough twists and turns to keep it interesting while at the same time keeping pretty straight forward…ish. To some people the story will probably get too complex and therefore they will not enjoy it as much as I did. However it is not perfect since there are a few moments (Not gonna spoil ’em) that made me call out a little convenience bullshit on them. But overall the story was good.

The characters are mostly good but not all get full backgrounds and motivations. But they are at least all consistent with one thing… they are all very well-acted! The actors in this movie all do a tremendous job in their roles and that hightens the movie quite a bit. The most interesting character in this movie is of course Matthew McConaughey. Not only does he give and Oscar worthy performance but he is also well-written and got a good motivation to why he does this job… to help his family. The character I found the least interesting (which is weird) was Anne Hathaway. Don’t worry, her performance was good but her character was simply not that interesting to me. But overall here when it comes to characters and acting in this movie I was pleased.

I don’t have to tell you that the music is great because you already knew that since it’s done by Hans Zimmer. But I guess I have to motivate a little why I liked it. The music not only felt big and epic in lack of better words but it was also very dark and eerie and really gave a sense of isolation and detachment. The music was fantastic and I loved it. I will probably try to buy the soundtrack when it comes out.

Another thing I probably don’t have to tell you about is the fact that the visual effects in this movie are fucking spectacular. I really got the feeling like I was part of the movie in those scenes (Even though I didn’t see the movie in 3D). And this is something I have to admit everytime it happens… I cried about two times during this movie. No not from the beautiful effects, no not from the surprising comedic moments in the movie but from things that made me simply cry. Ya know, things that were kinda sad. Of course I will not spoil them here but I still felt like telling you. Also, don’t look up anything about it since you might get a few spoilers about plot and certain characters.

This movie got a good story (With a few conveniences), good characters with great acting, a fantastic score by Hans Zimmer, fantastic visual effects, surprisingly good humor and a good sense of how to keep me interested… keep it complex and dramatic. And yes, making me cry is an achievment of it’s own. So now I am ready to hand out my final score. Sooooo, my final score for “Interstellar” is a 9,78/10. This movie is terrific and therefore deserves the “SEAL OF APPROVAL!”

My most anticipated movie of the year, “Interstellar” is now reviewed.

Matthew McConaughSpace to the rescue!