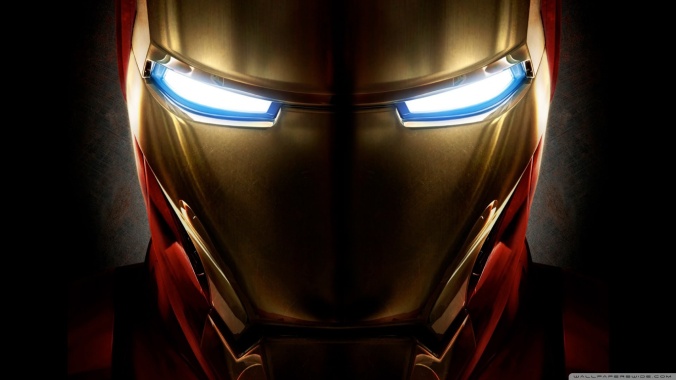 With the impending release of “Avengers: Infinity War” (Sidenote: I am insanely excited for it), I thought it was time to have a look at the one that started it all. The spark that ignited the Marvel Cinematic Universe. So here we go.

After getting captured by a group of terrorists, billionaire genius Tony Stark (Robert Downey Jr.) builds a suit of armor to escape from the cave that he’s stuck in. After he reenters society, he decides to use this technology to fight dangerous criminals. So now we have our superhero origin story, and it’s the one that set the template for this huge franchise. And while we’ve seen this type of origin several times since, the way it’s handled here still stands out. The story has a sense of realism and weight to it that helps make it feel a bit more memorable and interesting than other origin stories out there. It has the fun superhero story, but it also has a good amount of drama that makes it one of the better origin stories out there.

The characters in this range from really interesting to just being entertaining cogs of the machine. Robert Downey Jr. plays Tony Stark, an arrogant yet brilliant engineer/billionaire (#GBPP) who gets to learn a bit of a life lesson after getting captured by terrorists.The arc we see Tony go through is one we’ve seen since this first movie, but it still feels fresh and interesting so many years later due to the brilliant little details in his characterization. And Downey Jr. (who was washed up before this movie) is fantastic in the role. Gwyneth Paltrow plays Pepper Potts, Tony’s assistant/friend who helps with him with various things throughout the movie. And you of course see signs of the whole love interest thing throughout the movie, but they never go all out on it, which makes their relationship feel a little bit more real here. And Paltrow is really good in the role. Then we have Terence Howard (who was replaced by Don Cheadle in the sequel) as James “Rhodey” Rhodes, one of Tony’s oldest friends and a military man. He works as a nice foil to the more arrogant Tony since he helps ground the eccentric engineer a bit. And Howard is really good in the role. Then we have Jeff Bridges as Obadiah Stane (great name), Tony’s mentor and company partner. And yes, it’s kind of obvious where his character will go throughout the movie, but they still make it work thanks to him having an overall pleasant personality, but with some shadier undertones. And Bridges is of course great in the role. Then in the supporting cat you have people like Clark Gregg, Leslie Bibb, Shaun Toub, Paul Bettany, and Jon Favreau, all doing very well in their respective roles. It is a very well acted movie.

The score for the movie was composed by Ramin Djawadi and it was epic. Sure, some tracks are hidden in the background as basic background noise (which is a common problem in a lot of modern film scores), but other tracks are really badass, implementing a really cool mix of orchestral instruments with an electric guitar to create this really cool sound that I think works really well for the character of Tony Stark/Iron Man.

The movie was directed by Jon Favreau (and written by a whole bunch of people), and what he did with this movie is amazing. He took this larger than life character/idea and he made it feel grounded in it’s style. He also made everything feel surprisingly gritty, making every action feel like there’s actual impact behind it. Both in quiet moments and during the action scenes, Favreau brings his A-game. And the visual effects are also quite spectacular, especially for 2008. When the movie wants you to fly with the Iron Man suit, it doesn’t half-ass everything, it really feels/looks like there’s an Iron Man suit flying through the skies.

This movie has been very well received. On Rotten Tomatoes it has a 94% positive rating and a “Fresh” certification. On Metacritic it has a score of 79/100. Roger Ebert gave it 4/4 stars. And on imdb.com it has a score of 7,9/10. The movie was also nominated for 2 Oscars in the categories of Best sound editing and Best visual effects.

“Iron Man” stills holds up magnificently ten years after it’s release. It has a great plot, good characters, great performances, really good music, and great directing/visual effects. Time for my final score. *Ahem*. My final score for “Iron Man” is a 9,83/10. Which means that it gets the “SEAL OF APPROVAL!”.

My review of “Iron Man” is now completed.

The MCU. The house that Tony built.