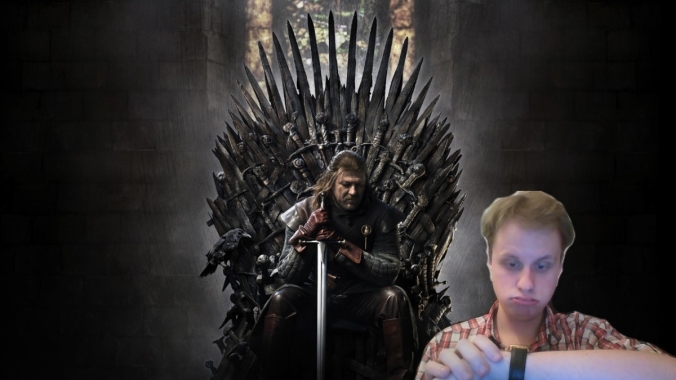 Hello there, and welcome to a new thing. Not sure it it’ll be a recurring series, but if this gets a good response, then it might. Any way, hello everyone. With the final season of HBO megahit “Game of Thrones” arriving in less than two weeks, fan are eagerly anticipating it. But until then, some might be asking themselves what they could watch to tide them over until then. Well, I’m here to perhaps help with that in some regard, by giving you some personal recommendations for things that could maybe fill that void in some respect. And if you don’t give a shit about “Game of Thrones”, then you’ll at least have a few recommendations for things to experience. So let’s go.

This is While You Wait: Game of Thrones edition.

This entry should come as no surprise in the slightest. Big, epic fantasy with a grandiose story, a stellar cast, and tons of detail in props and filmmaking. Look, I am aware that this and “Game of Thrones” are very different in tone… style… language… amount of tits, but still, can’t talk about relevant recommendations for a major fantasy thing without mentioning another one. 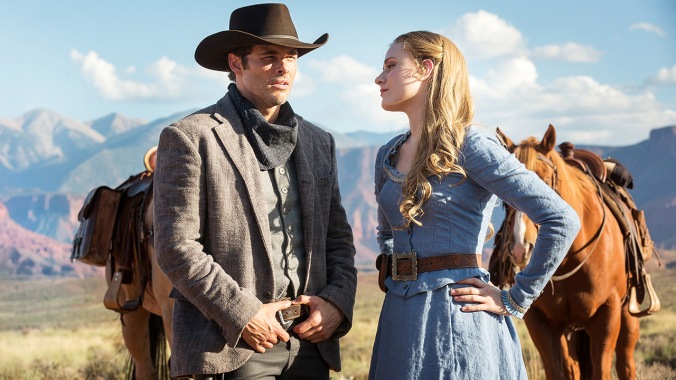 While we’re talking about one major HBO series, we might as well talk about another one. “Westworld”, based on the 1973 film by Michael Crichton, is a series created by Jonathan Nolan and Lisa Joy, and follows a theme park that is built up like a giant wild west world (Hence, “Westworld”). But as expected, things may or may not go awry (wouldn’t be a show otherwise). Let’s see, big sweeping story (check), A-list cast (check), Ramin Djawadi making music (check), budget higher than what any of us make in a year (check), violence (check), naked people (super check)… yeah, this has a shitload in common with “GoT”, so that’s why I recommend it. 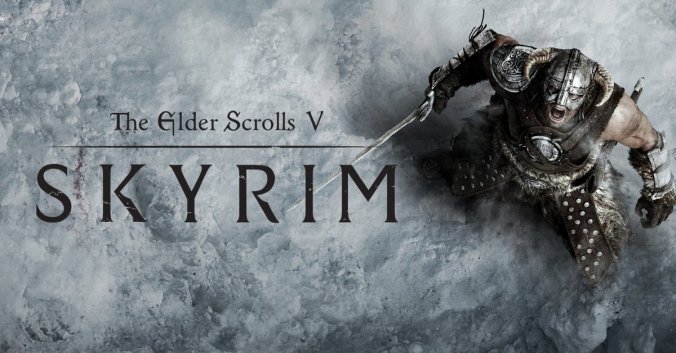 That’s right, there be video games on this list too. Released in 2011, “Skyrim” was the fifth mainline game in the “Elder Scrolls” series. In times of great political turmoil, you play as a character that almost gets executed, but gets “saved” by a giant dragon attacking the city that you’re in. And it doesn’t take long for you to find out that you’re Dragonborn, a mighty warrior destined to slay dragons and steal their souls. Political tensions, various factions doing their own shit within the kingdoms, epic fantasy, DRAGONS. Need I say more as to why a “Thrones” fan might want to play this? It’s not one of my favorites, but I still feel like it’s a good recommendation for fans of “GoT” who might want to get some game time in.

And now we move into something a bit older, but is a bit more of a recent watch for me. “Berserk” is a 1997 anime series based on a manga series of the same name by Kentaro Miura. It follows a highly capable swordsman named Guts as he joins a mercenary group called the Band of the Hawk, after its leader, Griffith, defeats Guts in combat. And so Guts, along with Griffith, and the other members of the group fight their way through the kingdom of Midland. And we do also get to see how Guts and Griffith’s actions affects the political climate in the kingdom, as well as how their bond evolves over the series. So it has both the big battles and political element of “GoT”, and it has the brutality of it… come to think of it, “Berserk” is probably even more brutal (and the series is allegedly very toned down compared to the original manga). Just a few details first… Skip episode one. I’m not kidding, skip it. It’s not even related to anything going on in the show, as it’s set after everything that happens. Maybe come back to it after finishing the other 24 episodes. And secondly, the ending (which I won’t fully spoil) has been a bit polarizing for people… and that’s all. Other than that, “Berserk” is great. 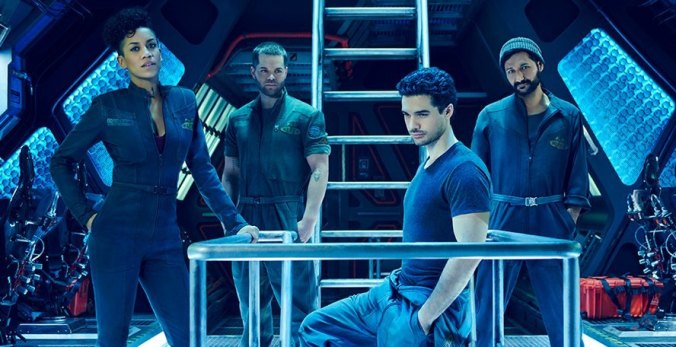 So how do we go from high fantasy to sci-fi? Well, like in “Game of Thrones”, you can find a lot of political tension and character development in “The Expanse”. Set hundreds of years into the future, we follow various characters as they try to deal with their various situations while navigating the very dangerous political tensions between Earth and Mars. Need even more proof that this show is the “Game of Thrones” of sci-fi? It has been called the “Game of Thrones” of sci-fi by a fair amount of people. And I thank Amazon for picking it up after SyFy cancelled it.

Epic battles, political intrigue (again), charismatic cast, big budget… do I really need to explain why Ridley Scott’s epic Oscar winner is one of the recommendations on this list? You all know why it is here. 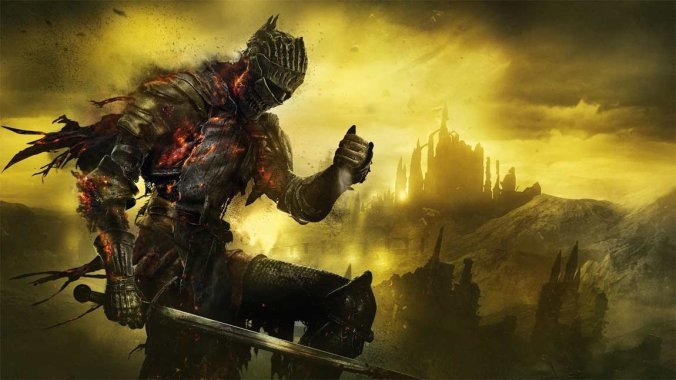 More video game goodness, and oh god, the traumatic flashbacks are rolling in. Admittedly I’ve only played the third game in the series, but based on my “enjoyment” of that, and the critical acclaim of the rest of the series, I feel confident in recommending them all. You play as a silent (not counting offs and ahs) protagonist who goes on quests that lead you across dark world where you’ll encounter strange creatures, interesting people, and pain… lots and lots of pain. It’s dark fantasy at it’s most bird-flipping. People love these games for their difficulty, and I do kind of appreciate the challenge from my playthrough(s) of the third game. Funnily enough, as I recommend this for “Thrones” reasons, these games take heavy inspiration from another thing on this list… that thing being “Berserk”.

Ah yes, the 2015 movie that finally gave Leo his Oscar… and all it took was dragging himself through the dirt after getting his shit kicked in by a bear. Betrayal, brutality, cold, stellar acting, a gritty tone, these are things that make this movie good and also help make some of the “GoT” comparison a bit more valid.

Now, how can I compare possible the most prolific gangster series of all time to one of the biggest tv shows of all time? Well, both are grand, sweeping, epic stories about family, legacy, and ruling over a kingdom of sorts. Some from an uncomfortable and pointy chair, and some in dark rooms in the mid-century United States. And yes, I am recommending all of them. The third movie is a huge step down from the first two, but it still has its moments.

And for our final entry, let’s go a bit lighter. Don’t get me wrong, this show is dark, but at least it is allowed to get a bit over the top with its action. Based on the hit video game series, “Castlevania” follows Trevor Belmont (Richard Armitage), the last member of a long line of vampire hunters, as he reluctantly has to try to kill the king of all vampires… Dracula (Graham McTavish). Start with an epic fantasy, end with another. The animation is stellar, the plot engaging, and the characters very well realized. And to any stubborn people out there: This is a cartoon, not an anime. It may have some anime stylings, but it was entirely produced in the United States… so it’s a cartoon. But for those not stubborn: Watch this show, it’s great.

So those were some of my personal recommendations for those “Game of Thrones” fans wanting something to tide them over until April 14th, or maybe if something’s needed to fill the gap after the show ends. But I also ask of all of you, what other recommendations do you have that could fit this thing? Movie, show, book, game… any of them, I’m all ears.
Have a good one.

3 thoughts on “While You Wait: Game of Thrones”