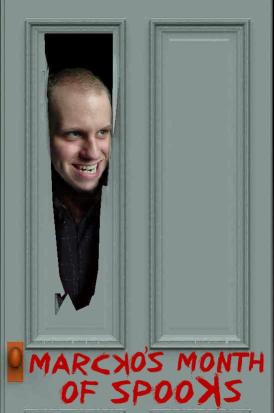 Hello there, ghouls and bones, and welcome to a very special post. For years I have run this thing called The Month of Spooks, which is just a fancy way of saying “Let’s talk about horror movies throughout October, AKA the month where Halloween happens”.

The first year was some half-assed thing I came up with in the middle of the month. Then during the following three years it got more organized, gaining more collaborators, giving some more perspectives on the various corners of the world of spooks. And now it is time for the fifth iteration of this silly little thing of mine. God damn, fifth, time flies. So once again I am looking for a collaborator or two or more. Easiest way of reaching me is by contacting me on twitter, and we’ll work some stuff out. But you can also comment on this post, and I’ll fetch the email attached to it and try to then reach out to you. Officially speaking, The Month of Spooks starts on October 1st, so I thought I’d throw out this announcement today so people can get good time to consider whether they wanna participate, and maybe also give them time to figure out what they want to write about.
There’s no need to even write every day of October. Hell, I’d probably discourage you from doing it, as there’s a good chance it could burn you out, and I don’t want you to do that. I just think it could be fun to see who we could get involved.

So if you’re interested in participating, just write to me either on twitter or in the comments. And also, extra special thanks to my buddy The Craggus for those really cool graphics at the top of the post, I love them.
Have a good one.

One thought on “Announcing The Month of Spooks 2019”