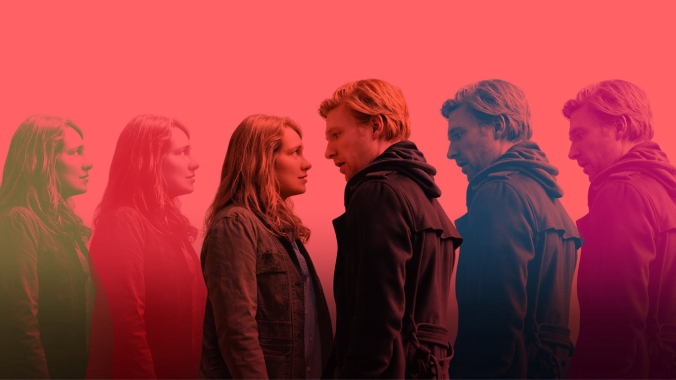 Love… is a burning thing, and it makes a fiery ring. Wait, Johnny Cash has nothing to do with this. Um… Love is complicated? Sure, let’s go with that. Nice save, Markus… idiot.

Years ago, Ruby (Merritt Wever) and Billy (Domhnall Gleeson) were romantically involved, but then sort of lost touch. But not before they made a pact: If one of them text the word “RUN” to the other, and that other person texts back, they would hop on a train and run away together. And now in present day… that’s what happens. So we follow these two ex-lovers as they try to reconnect while also dealing with the personal fallout of past and present actions. “Run” is at its surface a rom-com, but does throughout also show that it has elements of a fast-paced thriller. And I thought it was a fun journey. There were several times where I didn’t see what was coming, and I enjoyed a lot of those moments. Though, the story here isn’t perfect. It often buckles under the pressure of it’s fast-pace, which can make parts of it feel a bit rushed. And without spoiling specifically what happens, I felt that the season finale was underwhelming. I get that they might want a season 2, and that they might want some bigger payoffs further down the line (if they get renewed)… but the finale here still felt like such a whimper compared to what the show felt like it was building to. Again, it’s a fine journey, and I hope that a second season could rectify that underwhelming season finale… but overall the story here is alright.

The characters in this are fun, colorful, flawed, and overall pretty interesting. Merritt Wever plays Ruby, a wife and mother and the person we meet first in this show. She’s a charming woman with some emotional baggage that creeps up at times for a bit of drama. And her arc here is mostly interesting. And Wever is great in the role. Next we have Domhnall Gleeson as Billy, Ruby’s ex-lover, and our male lead. And I won’t say what he’s like, since there’s a few details better revealed through the plot. But he also has an interesting arc that they do some fun stuff with. And Gleeson is great in the role. We also get supporting work from people like Rich Sommer, Archie Panjabi, and more, all doing well in their respective roles.

The music for the show was composed by Dickon Hinchliffe (haven’t seen his name in a while, wow). And I think he did a good job with it. His music is fun and frantic, very much befitting of the nature of this show. There’s also a few licensed songs used throughout, and they work pretty well too.

“Run” was created for HBO by Vicky Jones, with writing and directing by a whole bunch of people. And the craft here is generally good. The direction is energetic and engaging, really bringing us into the scene in interesting ways. And the cinematography, which was split between Matthew Clark and Kristin Fieldhouse, is really good, giving us a lot of fun and visually arresting shots.

This show/season has gotten some mixed reception. On Rotten Tomatoes it has an 84% positive rating and a “Fresh” certification. On Metacritic it has a score of 74/100. And on imdb.com it has a score of 6,4/10.

Season 1 of “Run” may be a flawed experienced, brought down by a sometimes overly frenetic pace and an underwhelming finale, but overall it’s still an enjoyable season of television that subverts rom-com cliches in some really fun ways. It has an okay plot, good characters, great performances, pretty good music, and good directing and cinematography. Time for my final score. *Ahem*. My final score for season 1 of “Run” is a 7,10/10. So while flawed, I’d still say it can be worth watching. 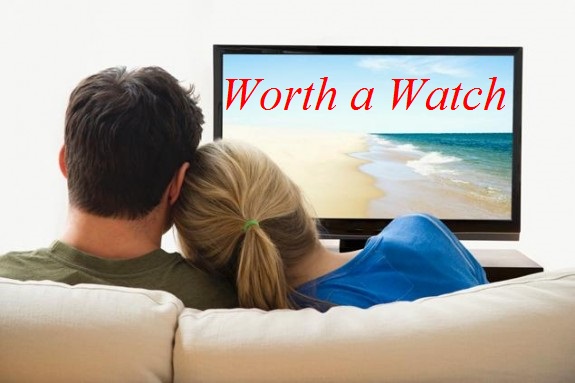 My review of season of “Run” is now completed.