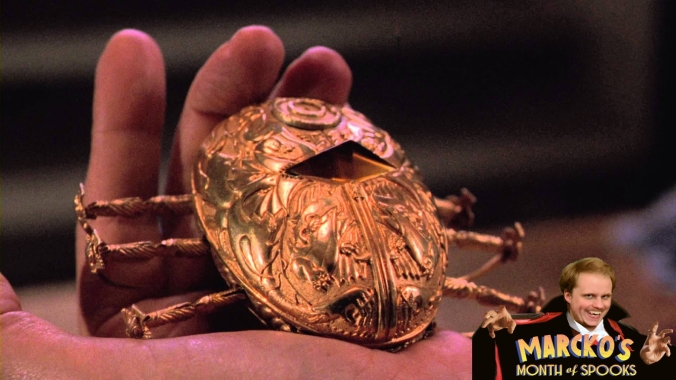 More spooky content coming your way. And this one kind of fits within a Month of Spooks tradition. For multiple years now, I’ve covered a movie from this director. And this is the only one of his movie’s I had not seen yet. So yeah, this is exciting for me.

The story follows Jesús Gris (Federico Luppi), an antique dealer who one day comes across a strange device. And when he activates this device, it does something to him, something that starts turning him into something… not very human. So to put it bluntly, this is a different take on vampire mythology. And I found it to be quite enjoyable. Like with most other movies by this director, “Cronos” focuses more on the heart and humanity of the situation, leaning in towards the emotional spectrum of it all. And I found myself quite engaged by that. The only parts that didn’t fully click for me is the central antagonist, who is an old, sickly man (Claudio Brook) seeking eternal life. I don’t mind that cliché being used in a story, as I think it has some merit. But the way it’s used here feels a little undercooked. If a little more time had been spent with the antagonist, allowing us to get to know him more, then maybe I had been a little kinder to that aspect of the narrative. Or hell, maybe it could’ve been dropped to focus more on the antique dealer’s transformation and personal plight. But you know what? As it stands, I do still enjoy the narrative and its very charming narrative, as it does have cool ideas and plenty of heart.

The characters in this I find decently interesting and entertaining. Federico Luppi plays Jesús Gris, the antique dealer who goes through this strange vampiric transformation. He’s a kind, warmhearted man who lives mainly to take care of his wife and his granddaughter. And that’s where a lot of his personal conflict lies, between the rising bloodlust of his transformation and simply wanting to care for those he loves. And it’s quite the interesting character arc, with Federico Luppi giving a fantastic performance. Claudio Brook as the old man seeking the eternal life gives a solid performance, though as previously stated, I wish there maybe was a little more to him as a character. And then there’s Ron fucking Perlman as Angel, the old man’s nephew, a tough guy/charismatic dick. And he makes up for some of the old man’s shortcomings purely by the virtue of Ron Perlman being fucking awesome. And in supporting roles we see people like Margarita Isabel, Tamara Shanath, and Daniel Giménez Cacho, who all give really solid performances.

The score for the film was composed by Javier Álvarez, and I think he did a good job. It’s pretty unique for a horror score, going for a weirdly charming and quaint vibe that I guess is to catch the vibe of the quiet life our protagonist lived before the device. And I do think this unique soundscape works to the film’s advantage.

“Cronos” is the feature film debut of one Guillermo del Toro. And talk about starting your career with a bang. Even in this first feature, while not perfect in its construction, del Toro’s style shines through brilliantly. The tone and style we enjoy in his later movies is very much here, just on a smaller, slightly less refined scale. And that I think largely helps the movie stand out a lot. He knows how to bring us close to the characters, to feel intimate with their situation. And when you mix that with Guillermo Navarro’s beautiful cinematography, you get some of the most impressive craft I’ve seen for such a small, low budget feature debut.

While not my favorite of del Toro’s movies, “Cronos” is still a highly entertaining and impressive little movie. It has a good story, pretty good characters, great performances, good music, and great directing/cinematography. *Ahem*. My final score for “Cronos” is an 8.32/10. So while flawed, Is till think it’s worth buying. 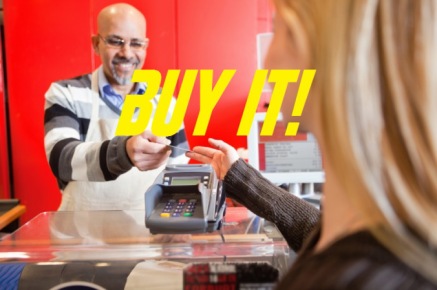 My review of “Cronos” is now completed.

So now I’ve seen all of del Toro’s films. Whoa.