Our journey through the Universal Monsters blu-ray set  continues, with the first (and only) sequel within it. So let’s put our neck-bolts on and get ready to talk about it.

Ladies and gentlemen… “Bride of Frankenstein”.

Set immediately after the horrifying events of the first movie, we follow the Monster (Boris Karloff) as he makes a daring escape, trying to just be left in peace. All while the somehow still alive Dr. Frankenstein (Colin Clive) once again is in the business to create life. This movie is a little falsely advertised. The bride does technically exist in this movie, but spoiler alert, she’s barely fuckin’ in it. She only shows up for a minute right at the end, barely playing any role in it. The story leading up to that is excellent, and I don’t mind the bride scene either… but when your movie is named after something that’s only there for a minute, then you kinda fucked up, I feel. It’s like if you took “Fight Club” and named it “The Harassment of Raymond K. Hessel”, yes it happens in the movie, but it’s such a minor element that it’s not worth naming the movie after it. Wow, I spent a lot of time on that one thing… but I guess I can justify that with “the movie is very mismarketed”.  Anyway, the rest of the story is great, they get some excellent drama of the Monster being on the run from the mob of scared people. There is a lot of nuance within the narrative, it is emotionally engaging. But man, that title snafu really bugs me.

The characters in this are colorful (ironic, given the monochrome) and entertaining. Let’s start with Boris Karloff as the Monster. He’s a tender creature, someone who doesn’t want to hurt anyone, but is sometimes forced because he’s trying to survive. He has such a beautifully tragic arc in this movie, and Karloff’s performance is fantastic. Colin Clive returns as Dr. Frankenstein, and he’s a little more reserved this time around… and Clive does a good job with his performance. And the supporting cast, containing people like Valerie Hobson, Ernest Theisger, Elsa Lanchester, Dwight Frye, O.P. Heggie, and more, all do quite well in their respective roles. Theeeeeen there’s one cast member I don’t like. That is one Una O’Connor. She was also in “The Invisible Man”, in which she was kinda fun. Here however she doesn’t fit. Her performance doesn’t work with the serious tone of this… and she has a lot of screen time. Do you see the problem with that one? But yeah, one really big sore thumb in an otherwise great cast.

The score for the movie was composed by Franz Waxman, and I think he did a good job with it. It’s fun, it’s decently emotional, and it overall does fit the whole mad science/gothic vibe for it. It just works for this movie pretty well.

The director of the first movie, James Whale, came back to direct “Bride of Frankenstein” as well, and once again his direction is spectacular. This man was very much ahead of his time, giving scenes a lot of exciting camera movements and angles that almost felt ahead of their time. Whale’s direction is electrifying, and when you combine that with the cinematography of John Mescall’s cinematography, you get a movie that is beautiful to look at.

This movie has been very well received. On Rotten Tomatoes it has a 98% positive rating and a “Fresh” certification. On Metacritic it has a score of 95/100. And on imdb.com it has a score of 7.8/10. The movie even was nominated for an Oscar in the category of Best Sound.

So yeah, I don’t love “Bride of Frankenstein” as much as most people. It has some flaws within its title-story ratio, and also one painful performance… but it’s still a solid flick. It has a good plot, okay characters, great performances, good music, and great direction/cinematography. Time for my final score. *ahem*. My final score for “Bride of Frankenstein” is an 8.11/10. So while flawed, it’s still worth buying. 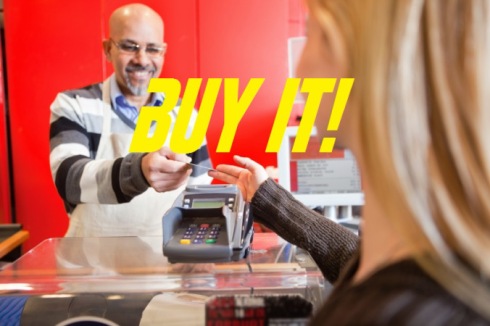 My review of “Bride of Frankenstein” is now completed.

The film twitter people are gonna kill me for me… and then reanimate me so they can kill me again.