Women are great. That is all. ONWARDS TO THE REVIEW!

15 years after her mother (Lena Headey) disappeared on her, Sam (Karen Gillan) has ended up becoming an assassin, just like her mom. But after a job goes wrong, she finds herself doubting her loyalties when stuck choosing between following the organization that raised her, or helping a little girl (Chloe Coleman) that’s been caught right in the conflict. There are a lot of elements here that we’ve seen in various other action/thrillers before, but I feel like “Gunpowder Milkshake” puts enough of a unique spin on them to not just feel like a derivative. But I’m also not gonna sit here and tell you that this is one of the freshest feeling narratives in recent action efforts. It’s a perfectly enjoyable Friday night popcorn feature story that serves as a solid enough thread to justify the action scenes. I know it sounds like I’m ragging a bit on it, but I swear I’m not. It’s a decent story with enough charm and flair to make it stand out somewhat in the world of action-revenge-going rogue type movies.

The characters in this are colorful, fun, and overall pretty entertaining. Karen Gillan plays Sam, our main protagonist. She’s a tough assassin with a bit of emotional baggage from events in her past. She’s a pretty interesting character and I really enjoyed following her. And Gillan was really good in the role. And the supporting cast, featuring people like Lena Headey, Chloe Coleman, Angela Bassett, Michelle Yeoh, Carla Gugino, Ralph Ineson, Paul Giamatti, and more, are all really fucking good.

The sore for the movie was composed by Frank Ilfman, and I think he did a good job with it. Ilfman blends a few different styles within his score here, most notably a little bit of synthwave, some typical action orhestration, and a fair bit of Morricone-style western tunes. And it makes for a very fun soundscape that really helps elevate each scene within the movie. There’s also a few licensed songs used throughout, and they work quite well in their respective scenes.

“Gunpowder Milkeshake” was directed and co-written by one Navot Papushado, and I’d say he did a good job with it. His directing has a fair bit of energy to it, and when blended with a lot of stylish lighting and editing, makes for quite the electrifying watch. And this especially comes through in the action scenes, all of which are slick, violent, and a ton of fun. It’s just a stylishly crafted flick.

This movie just came out, so these ratings will likely change after this review comes out (and my lazy ass ain’t editing shit over time). On Rotten Tomatoes it has a 64% positive rating. On Metaritic it has a score of 47/100. And on imdb.com it has a score of 6.5/10. 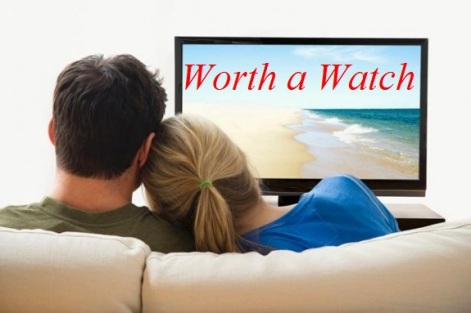 My review of “Gunpowder Milkshake”.

A gunpowder milkshake sounds like a terrible dessert. Sounds like it’d be really gritty and also put you at risk of igniting your entire mouth. Think I’ll stick to regular milkshakes, thank you.

It’s no secret that I’m a fan of the CG-animated “Resident Evil” movies, with “Resident Evil: Damnation” being my favorite of the bunch. So when it was announced that we were getting a new animated series for the franchise, I got excited. And now it’s here, on Netflix, and I watched the entire thing. So let’s talk about it.

A few years after the outbreak in Raccoon City, we once again meet up Leon Kennedy (Nick Apostolides) and Claire Redfield (Stephanie Panisello) as they’ve moved on to new positions in the world. And we follow them as they look into strange goings on involving bioweapons and horrific drawings, leading them down a dangerous path of horrors and conspiracies. So yeah, the setup treads familiar ground if you’re a fan of this franchise, which is fine, as long as it’s handled in an interesting and enjoyable way. Sadly, that’s not quite what’s going on here. I’m not saying that it’s outright poor, I didn’t dislike the story here. But it’s done in such a dry way, lacking the personality and unique charisma that makes “Resident Evil” into what it is. There is no real suspense, there’s not much (if any) excitement in how it could pan out, there’s not really any sense of fun, and at no point does it feel like it needed to be a “Resident Evil” story. On the whole, it’s a passable thriller narrative for a rainy Sunday, but sadly I never got truly invested in it.

The characters in this are… fine? Much like the case of the story, they lack a lot of personality. Leon is neither the naive optimist of “Resident Evil 2” or the snarky legend of “Resident Evil 4”, he’s just kind of a quiet tough guy who never shows much sign of any charisma.  Nick Apostolides does a good job with the performance, but it just feels slightly underwhelming when the material he has to work with is so… plain. Claire comes close at times of showing off some of the determined charm that I loved in “Resident Evil 2”, but never quiiiiite gets to go the distance on it. At least I can say that Stephanie Panisello does a good job with her performance. The other charaters… again, very plain, doesn’t get much, if any interesting development. They’re just kinda there. At least I can say that the supporting cast, featuring people like Ray Chase, Jona Xiao, Billy Kametz, Brad Venable, and more, all do very well in the roles.

The score for this series was composed by Yugo Kanno, and I think he did a good job with it. It doesn’t necessarily do much to stand out, but it has enough nice little action, horror, and drama flourishes throughout to at least give the show an enjoyable enough soundscape.

Based on the “Resident Evil” game franchise published by Capcom, “Resident Evil: Infinite Darkness” was created by Hiroyuki Kobayashi, with Eiichiro Hasumi handling direction. And now comes the part where I can finally pile praise upon the show. This show has some spectacular animation. Going for this sort of semi-realistic style can be a gamble, but I think they pulled it off. Character movement is fluid and natural, making me believe each action that happens. And the sheer amount of detail they managed to put in the show is absolutely insane. Individual hairs on characters’ heads, creasing in fabrics, subtle details in metal, there’s just a ridiculous amount of detail in everything throughout this show, which is just mindboggling to me. How can you pull this level of detail off? But yeah, this show is really well animated.

Keep in mind that the show just came out, so these ratings will change over time (not on this blog though, I’m too lazy to edit shit as time goes on). On Rotten Tomatoes it has a 56% positive rating. On Metacritic it currently has no rating. And on imdb.com it has a score of 7.3/10.

So yeah, despite my excitement for it, “Resident Evil: Infinite Darkness” isn’t quite as enjoyable as I had hoped, with its biggest weakness being a lack of personality and identity. It has an okay plot, mediocre characters, good performances, good music, and terrific animation and direction. Time for my final score. *Ahem*. My final score for “Resident Evil: Infinite Darkness” is a 6.20/10. So while very flawed, it can at least be worth a watch. 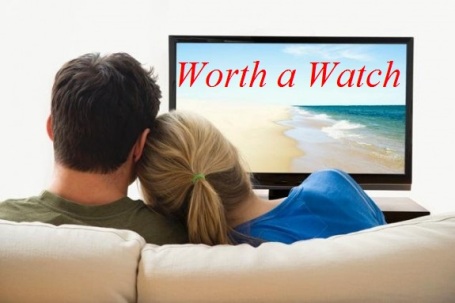 My review of “Resident Evil: Infinite Darkness” is now completed.