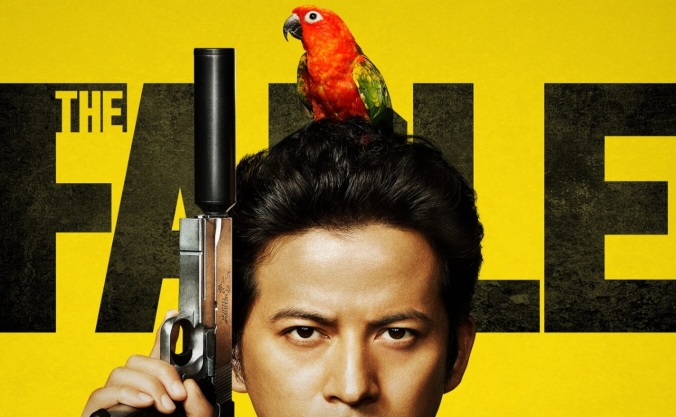 Hey there, friends, been a while. I got no excuse for my absence, it just accidentally happened. But I wanted to get into the swing of things, so I thought I’d go with something a little less structured and more freeform than usual, and just talk about some stuff I watched during my brief blogging hiatus. So anyhow, let’s talk about some Japanese movies.

“The Fable” is a 2019 action-comedy based on a manga by Katsuhisa Minami, and it tells the story about a man known only as The Fable (played by Jun’ichi Okada). The Fable has been trained since childhood to become  a cold, ruthless, and highly skilled hitman. This bloody status quo comes to a halt however when his boss (Koichi Sato) tells him to lay low and not kill anyone for a while. And so he assumes the identity of Akira Sato, and moves with his partner-in-crime (Fumino Kimura) to Osaka to live a quiet life for the time being. But since this is a movie, troubles start to slowly crop up that may threaten Sato’s new, quiet life. It’s pacing can be a little ass-draggy at times, but “The Fable” is one hell of a fun time.
The setup in itself is a lot of fun and can lend itself to a lot of great comedy. Here’s this cold, matter of fact, calculating assassin, and he has to find something else to do in life, all while trying to keep his identity a secret. One way they play around with this is a scene pretty early in the movie where he gets into a scuffle with some local punks. The movie’s already established that he’s the biggest badass ever, so he could absolutely wreck them without any problem. But since he has to lay low, he not only takes the beating, but also calculates his reactions to sell the illusion to these douchebags. I know my explanation is very cut and dry, but that’s also because there is no way to sell the sheer creativity and comedy of the scene in words alone. Luckily, I won’t have to, as I found the scene on youtube. Sadly it has no English subtitles, but hopefully the visuals speak for themselves, so you get somewhat of an idea how of the film’s comedy and creativity.

But they of course play around with this as Sato tries to be a mundane man, trying to find a job, watching tv, making friends. But he also has his own unique quirks that add a few more layers to the humor. And it’s all done in really funny and unique ways that I just enjoy a lot. But the movie’s not all laughs, as it also flashes back to Sato’s youth a lot, showing what led to him being the way he is. And this helps build a lot of heart and genuinely interesting drama within the story.

I also love the action scenes in this. Kan Eguchi directed the movie, and he brings this really energetic flair to the action. Shootouts, close quarters fighting, the movie has a bit of most types of action, all of it incredibly creative and well choreographed.
The only point where the movie falls apart is the pacing. As previously mentioned, it does drag a bit in parts. Otherwise, it’s a really fun movie that I can happily recommend.

The Sequel: The Movie That is Better Than the First? 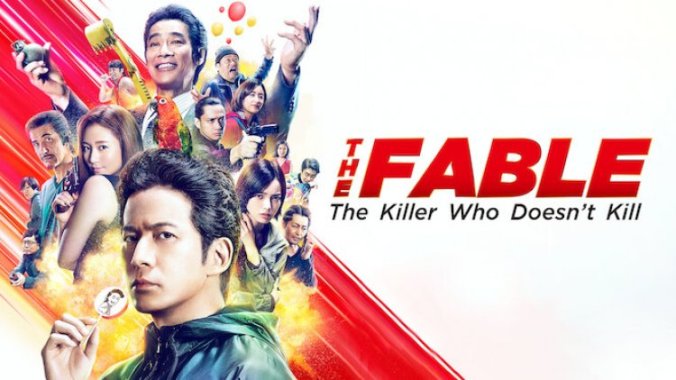 In 2021 we got a sequel in the form of “The Fable: The Killer Who Doesn’t Kill”. Sato’s still laying low in Osaka, living with his “sister”, working his mundane job. His peaceful existence is once again threatened however when his past actions come back to haunt him.
As was very unsubtly hinted in the headline for this section, I like this more than the first. If the first one’s around an 8/10, this one’s a solid 9/10 for me. It takes a lot of the ideas set up in the first one and polishes them marvelously. The story is more intriguing and emotionally affecting, the character development is a bit stronger, the action is kinetic as hell and feels more confident than in the first one, and the comedy, while a bit toned down compared to what we got in the first, is still REALLY funny.

Despite how bright and colorful the poster is, this movie can actually get quite dark at times. The narrative largely centers around a young woman who has some past connection to Sato/The Fable. Her arc in this movie is tragic and uplifting in equal measure, and they manage to wring a lot of tension and emotional investment out of it. Her narrative is also connected to the film’s main antagonist (Shin’ichi Tsutsumi), who is an outwardly kind and delightful man, but who we quickly find out is a bit of a twat. Their personal arcs intersecting with that of Sato’s makes for some really strong dramatic storytelling, while still allowing a lot of room for action and shenanigans.

Let’s talk villain for a second. In the first one there were a few, but beyond two semi-memorable, half-joke characters, I really don’t remember anything, most were just kinda there. Here however, we have that guy I talked about before, a seemingly benevolent and affable businessman. He makes so much of the drama work here, which is partly done thanks to his excellent writing, but most of it due to the spectacular performance from Shin’ichi Tsutsumi, who has to convey a lot of different things throughout the movie, and just knocks it all out of the park.

While I did mention that the comedy is toned down in this one, that’s not to say that this isn’t a funny movie. You still get Sato’s quirks clashing a bit when in a social setting, you still get other characters being used for comedic beats, and there’s still the occasional funny visual gag. The movie is still funny as hell, even if the movie relies less on overt goofiness like the first movie did.

The action is also better, feeling way more confident and intense than in the first on, giving us some beautiful, exciting, and insanely fun fights and chases spread inbetween the compelling drama and funny comedy. It’s just good shit.

I guess I’m just trying to say that I really like “The Fable” and its sequel. They’re really fun action-comedies that also happen to feature some really good characters and stories. As for how you can watch them, I can not answer. Over here in Sweden I watched ’em through Netflix, but I’m not sure where you, my international friends, might be able to catch them. Hopefully you’ll be able to figure that out, because these movies are a ton of fun.