Your suspicions are correct, I only saw this classic for the first time today. I know, shame on me for being late to the party, yada yada yada. Now, for those who haven’t left me over this horrific revelation… let’s talk about the movie.

Ladies and gents… “The Karate Kid”.

Daniel LaRusso (Ralph Macchio) has just moved to California with his mom (Randee Heller). However, things aren’t just sunshine and palm trees for poor Daniel, as he soon starts getting bullied by a group of karate-proficient bullies. This soon leads him to befriending an older Japanese man (Pat Morita) that may or may not be able to teach Daniel how to defend himself. So you get yourself a bit of an underdog story, a bit of a coming of age story, and a bit of martial arts (and even a few drops of philosophy). It’s a narrative that encompasses a lot of things, and handles most of them with a surprising amount of grace and nuance. This does add a little bit to my main criticism with the film, which is that the runtime really could be felt at times. I wasn’t necessarily bored per se, but let’s just say that those 2+ hours do feelt like 2+ hours. Overall it is a fun story that I found myself pretty engaged with, even if it felt like it dragged at points.

The characters in this are colorful, entertaining, and surprisingly layered. Ralph Macchio plays Daniel LaRusso, the Jersey kid forced over to California. At first he can come off as that typical angsty teen, but soon shows that he is more than that. He’s charming, he’s funny, and he’s a good dude who just wants to live his life. And to see that personality get tested through Daniel’s various trials and tribulations is quite interesting, with Macchio giving a great performance. Next we have Pat Morita as Mr. Miyagi, the older man that Daniel befriends and (as you all know) agrees to train. He’s a bit of an eccentric man, which makes him a really entertaining character, with Morita being really good in the role. And I have to say, the chemistry between Macchio and Morita is stellar, and is arguably the best part of the entire movie. We also get supporting work from people like Randee Heller, Elisabeth Shue, Martin Kove, William Zabka, and more, all doing very well in their respective roles.

The score for the movie was composed by Bill Conti, and it was a lot of fun. It has a lot of familiar 1980s cheese to it with big, inspirational brass and what I’d like to call “montage synths”. You know, those kinds of synths that only show up in old underdog stories to serve as some sort of personal growth/montage thing for the character (you’ll know ’em when you hear ’em). Either way, I think his score is a lot of fun and works well for the movie. There’s also a bunch of licensed songs used through, and they work pretty well in their respective scenes.

“The Karate Kid” was directed by John G. Avildsen, and I think he did a good job. Shots have a nice flow to them, and his direction has a certain type of energy that really helps bring you into the scene. He also makes the story feel a bit more grandiose than it is. Because if you think about it, the story itself is relatively small scale, but Avildsen has a way of making it feel quite substantial. I will also say that I enjoy the way he shoots martial arts. It doesn’t show up that much in the film, all things considered, but when it does it’s nicely shot and gets properly shown off.

This movie has been pretty well received. On Rotten Tomatoes it has an 89% positive rating and a “Fresh” certification. On Metacritic it has a score of 60/100. And on imdb.com it has a score of 7.3/10. The movie was also nominated for 1 Oscar in the category of Best supporting actor (Morita).

So while it does have some mild pacing issues, “The Karate Kid” is still a highly entertaining coming of age story that I really enjoyed. It has a good story, good characters, great performances, really good music, and great directing. Time for my final score. *Ahem*. My final score for “The Karate Kid” is an 8.60/10. So while flawed, it’s still certainly worth buying.

My review of “The Karate Kid” is now completed.

You’re the best around, nothing’s gonna ever keep you down…

I don’t have anything clever to say here. Sometimes a movie just breaks you. And that’s what happened to me here. So let’s just get into the review itself.

After he loses everything due to his alcoholism, screenwriter Ben Sanderson (Nicolas Cage) moves to Las Vegas to try to drink himself to death. But those plans get a little halted when he meets and forms a bond with a prostitute named Sera (Elisabeth Shue). But don’t think that this is some happy redemption story, because it fucking isn’t. It’s a tragic and depressing character study about a very self-destructive man. And god damn, it is incredibly well handled. It deals with its subjects with a lot of subtlety and nuance, making it feel very grounded. There are moments throughout where it looks up for a bit, but for the most part it’s a heartbreaking story that honestly made me tear up at multiple times throughout. So while the story made me feel like shit, I still found it to be pretty fucking great.

The characters in this are flawed, layered, nuanced, and just overall feel fairly realistic. First up we have Nicolas Cage as Ben Sanderson, a screenwriter who gets the boot due to his devotion to the bottle. He is a surprisingly self-aware man, he knows that what he’s doing is bad for him, but he’s just kind of accepted it as his reality, fully embracing the self-destructiveness of his behavior. Not saying it justifies it all, but it makes him quite an interesting figure within the whole “characters who are alcoholics” spectrum. And Nicolas Cage is fantastic in the role. Yeah, you read that right. There is some of his quirky expressionism sprinkled in throughout, but for the most part this is a relatively subdued and almost haunting performance. Next we have Elisabeth Shue as Sera, the prostitute that Ben meets forms a bit of a bond with. She of course already has a bit of a tragic existence, involving the life she’s been leading. And seeing how it alters when she meets Ben makes her quite an interesting character too. And Elisabeth Shue is great in the role. She doesn’t always show it in big, loud scenes, but you can read every emotion she has to portray in her eyes. We also get supporting work from people like Julian Sands, Graham Beckel, and more, all doing very well in their respective roles.

The score for the movie was composed by Mike Figgis and Anthony Marinelli, who I think did a brilliant job with it, weaving sad and tragic piano pieces with some chaotic jazz and haunting blues to create a vibe that suits the story of a man’s downfall, while also kind of fitting the Las Vegas environment. There are also a few licensed tracks used throughout that work very well in their respective scenes.

Based on a novel by John O’Brien, this movie was written and directed by Mike Figgis, who I think did a brilliant job with it. He gives the movie a very unpredictable vibe that both made me feel relaxed and uneasy. Relaxed in the sense that it’s not too chaotic in camerawork, and uneasy because it doesn’t really pull punches with this tale of self-destruction. While there is some style to it all, Figgis still presents everything in an honest, exposed way that makes it feel real.

My review of “Leaving Las Vegas” is now completed.

Usually Cage makes me laugh or at least feel entertained… but today he made me cry.

Marriage. A bond between a man and a woman. Or a man and a man. Or a woman and a woman. The point I’m trying to make is that it’s a bond, connecting to people (sometimes out of love, sometimes because of horrible shit) in a more powerful way. But even the happiest of marriages can show cracks, especially after a really long time. Let’s explore that.

Kay (Meryl Streep) and Arnold (Tommy Lee Jones) have been married for a long time. And while they have a nice and easy daily routine, Kay feels like their marriage has gotten a bit stale. So she books tickets for them to go to intensive couples therapy to see if she can’t fix their situation a bit. Stories about sexless marriages isn’t anything new, and the plot here doesn’t do anything new or totally unpredictable. Overall I’d call it… fine. It’s breezy and enjoyable enough, with only a few moments of melodrama that sometimes work and sometimes don’t. It’s a harmless enough plot that I’d call fine.

The characters in this aren’t the deepest, but I also don’t hate them. They’re fine. Meryl Streep plays Kay, the one of the two who gets the plot started, the one that feels like something’s off about the marriage. She loves her husband, but she wants things to be less… dry. She easily gets emotional, and it’s a bit hit or miss for me throughout. But I can safely say that Meryl Streep is great. Tommy Lee Jones plays Arnold, the Tommy Lee Jones-ian grouch who seems to be perfectly fine with the dry and sexless marriage that he’s part of. And it’s interesting to see him get some decent character development here. And Jones is really good in the role. Then we have Steve Carell as Doctor Feld, the therapist that Kay and Arnold see during their little vacation. You can tell that he’s actually interested in what’s going on, and he seems like he genuinely likes helping people. He mainly serves as a plot device to get the Kay’s and Arnold’s plot moving forward, but he’s also an enjoyable presence. And Carell is really good in the role.

The score for the movie was composed by Theodore Shapiro and it was fine… I think. I almost never really noticed it. I could at times kind of hear it, but those tracks felt more like fodder rather than any actual mood-setter. Then there’s also a bunch of licensed tracks used throughout and I have mixed feelings. While the songs themselves were pretty good, the way they were used was a bit… sledgehammer-y. Like they used songs “appropriate to the situation”, meaning lyrics exactly explaining what was going on with the characters, things we could’ve picked up on without the “YOU HEAR THIS SHIT, WE SO CLEVER!” use of music. So the music in this movie overall is… fine.

This movie was directed by David Frankel, and he did a pretty good job. Like I said about the plot, it’s quite fun and breezy, and there’s no shot that lingers too long. And the camerawork in general is fine. There are also some jokes here that are fine. I never laughed out loud, but there were a bunch of chuckles throughout. 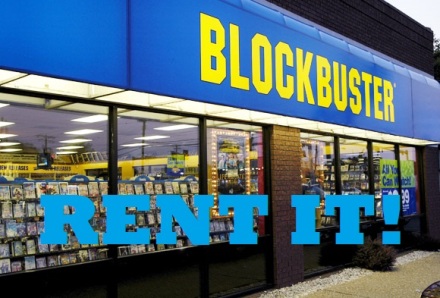 My review of “Hope Springs” is now completed.