Look, I know that the Month of Spooks is over, so I should logically take a break from horror stuff for a bit. But I’ve been watching this recently, and I have some shit I have to say about it.

Transylvania, the late 1800s. Jonathan Harker (John Heffernan) finds himself recounting his less than pleasant stay with Count Dracula (Claes Bang) to a kindly, if sassy nun (Dolly Wells). As we go through the three episodes of this show, we get to see what happened before, during, and after Jonathan’s meeting with this nun. And the narrative in this show is quite fascinating, because it fluctuates wildly in quality… sort of. Episode 1 is honestly fantastic, a scary, fun, and emotionally engaging way to bring us into this new take on a classic tale. Episode 2 isn’t as fantastic, but it’s still a really solid episode of television. Then episode 3 completely shits the bed. There are good ideas within that episode, but the drop in quality is still ridiculously vertical. How do you go from one of the most exciting and electrifying new horror-dramas around to that mess, that quickly? I don’t know. But while that last episode can be classified as bad, what came before is good enough that I can’t give the show/story too much grief. Two thirds being this good has to count for something. And it does. I can still say I liked a lot of the story on display, even if there’s still that one final chunk that tarnished the overall package.

The characters in this are fascinating, because some of them are really fascinating and engaging, and some of them are in episode 3 (I’m being a salty bitch, aren’t I?). Let’s start with the Count himself, played by Danish actor Claes Bang. He is one charismatic motherfucker, manipulating people with his charm, wits, and general presence. And Bang is absolutely amazing in the role. Next is Dolly Wells as Agatha, the nun I mentioned earlier. She has quite a fascinating presence within the narrative that I won’t spoil, because it’s genuinely interesting. But what I can say is that Dolly Wells is great in the role, and has some excellent chemistry with Bang when they get to verbally spar. John Heffernan is great as Jonathan Harker, Morfydd Clark does an okay job as Mina. And we get some great supporting work from people like Sacha Dhawan, Mark Gatiss, Jonathan Aris, and more. Many actors do a really good job, and some aren’t great (guess where they were).

The score for the show was composed by David Arnold and Michael Price, and I think they did a fantastic job with it. That’s right, no shade thrown here, just admiration for good compositions. Their music here is creepy, intense, emotionally charged, and just overall helps add to a lot of scenes throughout the three episodes.

Based on the classic Bram Stoker novel, “Dracula” is a Netflix/BBC collaboration written and created by Mark Gatiss and Steven Moffat (who also gave us “Sherlock”). And as discussed before, the writing takes a bit of a dive in that final episode. But leading up to that, this is a well written show. And the directing, split up between Paul McGuigan, Damon Thomas, and Jonny Campbell, is generally great. There’s a good sense of pacing to the directing, no shot or moment lingers too long or too briefly. And when paired with the beautiful cinematography, set design, and visual effects, you get one of the most visually arresting tv shows I’ve had the pleasure of looking at. Speaking of visual stuff: There’s some really brutal and grisly body horror going on throughout this show, and it is awesome. Kudos to the crew for going all out on that.

While it does end on a sour note, “Dracula” still has enough good stuff to warrant a recommendation. It has a mixed plot, mixed characters, great performances, great music, and excellent directing/cinematography/effects. Time for my final score. *Ahem*. My final score for “Dracula” is a 7.12/10. So while it is heavily tarnished by that final episode, I can still say that it’s worth watching. 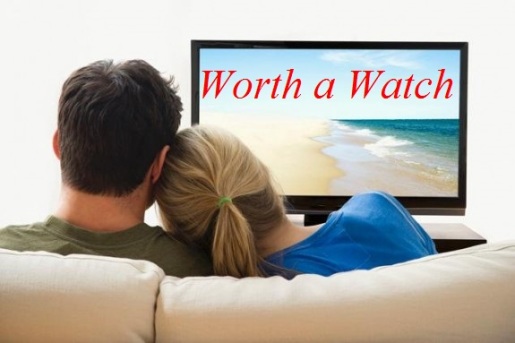 My review of “Dracula” is now completed.