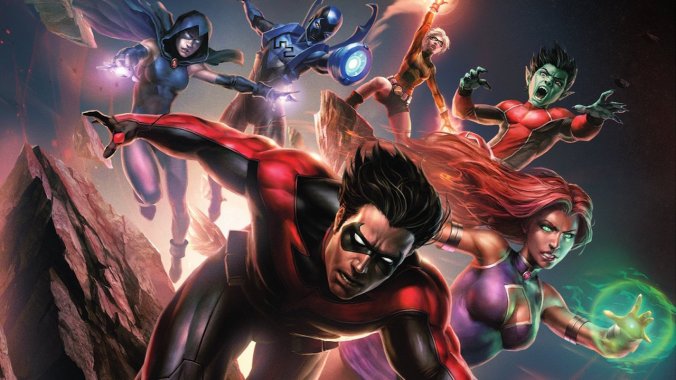 The final movie review of 2017. The final post of 2017 in general. It’s been a fun year filled with cool stuff. So let’s end on a predictable note. Once again, I’m reviewing a DC animated movie. So here we go.

Nightwing (Sean Maher) rejoins the Teen Titans to help track down villainous cult leader Brother Blood (Gregg Henry) who seemingly has some sinister plan for the Titans. All while the loyalties of newest Titan member Tara (Christina Ricci) come into question. And that’s the best way I can explain the plot without spoiling stuff. But is this any good? Well, it’s not bad. They have some decent dramatic story bits, but I never got invested in any of it. There are interesting-ish twists, and there are some parts that made me go “yeah, that’s some good drama”. But when it comes to the whole picture I never found myself truly invested in it.

The characters here are decently interesting and entertaining. Sean Maher returns as Nightwing, the more fun version of Batman. He’s a cool, charming, and heroic badass that I enjoy following. And Maher is once again really good in the role. Kari Wahlgren returns as Starfire, the alien woman who also happens to be the leader of the Titans.  She’s fun, cool, and is just overall pretty interesting. And Wahlgren is really good in the role. Stuart Allan returns as Damian Wayne/Robin, son of Batman and former assassin apprentice. He’s come a long way since his total brat days, and he’s actually an endearing and interesting character. And Allan once again does a really good job in the role. Jake T. Austin is back as Blue Beetle, who gets a bit more development this time around since we learn more about his family relations and such, and it’s quite interesting. And Austin is really good in the role. Brandon Soo Hoo returns as Beast Boy, the shape-shifting fun guy of the group. And while he’s still mostly played as the slightly over-confident comic relief, he does get some decent dramatic moments here. And Soo Hoo is great in the role. Taissa Farmiga returns as Raven, the dark and quiet daughter of a demon. She doesn’t get as much to do as last time, but she’s still fairly interesting. And Farmiga is really good in the role. Then making her debut in these movies, we have Christina Ricci as Tara Markov/Terra, a young woman with a mysterious past (she can also control rocks, which is neat). She probably gets the most development in this movie, and it’s pretty interesting to follow. And Ricci is great in the role. Then we have Miguel Ferrer (may he rest in peace) as fan favorite character Deathstroke. Ferrer has such a commanding voice, so even when he has slightly less serious lines they come off as badass. Yeah, he’s great. Then you get a bunch of solid supporting performances from people like Gregg Henry, Maria Canals-Barrera, Meg Foster, Crispin Freeman, and more! Yeah, this is a well acted movie.

DC animation regular Frederik Wiedmann composed the score for this. And while it’s not his best, it’s still good. It’s fun and exciting and works quite well for all the scenes in the movie. Not much else I can say here.

Sam Liu is the director of this movie and I’d say the direction here is fine. There’s something about the animation here that makes it seem a little less good than usual. It’s not bad, but it seems to lack some of the detail and energy that previous movies have had. The action scenes are of course the best thing since they flow very well and are generally fun to watch. There’s also a lot of attempts at humor in this movie. Some land, some really don’t. For example, there’s a running gag in this movie that Beast Boy uses social media a lot (despite there being no indication of that in the previous movie he was in). It’s not the only out of place joke(s) in this movie, but it’s one of the more notable ones.

This movie (despite limited data on it) has been decently well received. On Rotten Tomatoes it has an 80% positive rating. On Metacritic it doesn’t even exist. And on imdb.com it has a score of 7,0/10.

“Teen Titans: The Judas Contract” isn’t really one of the best DC animated movies, but it’s still fairly enjoyable. It has an okay plot, good characters, great performances, good music, and okay directing/animation. My flaws (as previously mentioned) are that the plot isn’t the most engaging, the animation isn’t as good as usual, and some of the humor doesn’t land. Time for my final score. *Ahem*. My final score for “Teen Titans: The Judas Contract” is a 7,78/10. While flawed, it’s still definitely worth renting. 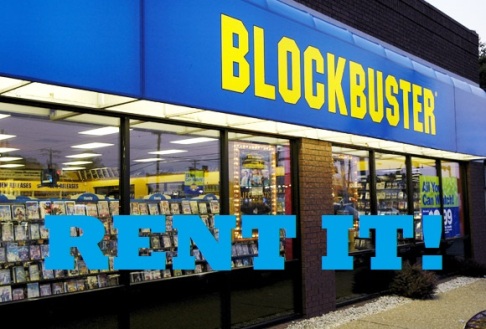 My review of “Teen Titans: The Judas Contract” is now completed.

I’ll give the movie this: It’s the first movie in this DC animated timeline to not feature Batman in any capacity. Oh, and happy new year… I guess.

Anyone else that the tought that we are subconsciously being controlled by everything in our environment? Okay to be fair, I don’t think it’s that bad, but it is an interesting thought.

Ladies and gentlemen… “They Live”.

We follow a drifter named Nada (Roddy Piper, R.I.P) who comes to Los Angeles for food, shelter and work. And while he actually finds that and even a new friend named Frank (Keith David), he also stumbles upon a pair of sunglasses that let’s him see that the earth has been taken over by aliens. He sees that some people actually are aliens in disguise and he sees that signs that to the naked eye look like normal advertisements, actually subconsciously tells us what we should do. I’m not gonna lie, it’s actually really clever. With the setup it could have been incredibly cheesy and even bad, but they pulled it off. It is a clever satire on society combined with an alien invasion movie. I’m not gonna lie, I kinda loved that.

Having a professional wrestler star in your movie is a pretty risky move, but here they actually managed to pull it off. Roddy Piper (Again, R.I.P) is actually really good in the movie. Sure, he’s not Mr. Oscar Worthy, but he’s actually pretty great considering he’s a wrestler. I think a lot of that comes from his overall charm because in this movie he seems like the type of guy you’d want as your friend. Keith David also has a pretty important role in the movie and he’s great. There’s really nothing else to say, he’s Keith David, he’s always great. I also have to mention that those two have pretty good chemistry, not really Mel Gibson/Danny Glover level of chemistry, but still good chemistry.

The score for the movie was done by director John Carpenter and composer Alan Howarth. They have collaborated before on other movies like in “Escape From New York”. And while one might call it cheesy, I still really enjoyed it. It is a strange mish-mash of rock, blues, sci-fi (A.K.A. typical sci-fi music) and synth. Some might call that an awful combination, but I call it awesome.

Like I said, this movie was directed by John Carpenter (Sidenote: For some reason I have watched a fair amount of movies by him recently). And he did a great job, the shots look great and the camera work overall is really solid.  I especially love the shots in black and white which if you didn’t know, are the shots we see when Nada puts on the sunglasses. Those shots I just simply love. And the action in the movie is pretty good too.

“They Live” is now reviewed.

I have come here to chew bubblegum and kick ass… And I’m all out of bubblegum.