Ever since his emergence 19 years ago, David Dunn (Bruce Willis) has continued to stop bad guys as a cloaked superhero. And as he’s using his abilities to do this, he’ll run in to his old acquaintance Elijah Price (Samuel L. Jackson), as well as the recently emerged Kevin Wendell Crumb (James McAvoy). It’s really hard to talk about this plot without spoiling stuff, so that’s where I’m leaving it. I will however say, don’t fully expect “Unbreakable”, and don’t expect a big, climactic superhero action movie. It’s like a hybrid of the superhero breakdown stuff from “Unbreakable” and some of the psychological thriller vibes from “Split”. And for the most part I think it’s really solid, I was thoroughly entertained by the plot here and found it really interesting from a storytelling standpoint. Though the attentive reader also noticed the use of “for the most part”, and that does ring true. I really enjoyed where the plot went for most of it, but by the end I felt weirdly unsatisfied. It’s when we get to the final act and the ending. It’s entertaining and pretty well handled, but it felt just a tad off. So yeah, good plot, even if the ending leaves a bit to be desired.

The characters in this are pretty interesting and overall quite entertaining. First up we have James McAvoy as Kevin Wendell Crumb, the man with 24 personalities living in his noggin, all vying for some time in the spotlight. And like with “Split”, McAvoy has to go between these different personalities, which can be tough for many actors. But McAvoy nails it, sometimes bouncing between them faster than you can “M. Night Shyamalan”. He’s incredible in the role. Next we have Bruce Willis as David Dunn, the seemingly unbreakable (HA) man. Seeing how he’s evolved as a person since last we (fully) saw him is quite interesting, and he does have some decent character development throughout. And Willis is pretty good in the role, you can tell that he’s actually trying to act here, compared to a lot of other things he’s done recently. And we of course also have Samuel L. Jackson reprising his role as Elijah Price/Mr. Glass. It takes a while for him to get going, but when he does, he’s one of the best parts of the group of characters. And Jackson is great in the role. We also get supporting turns from people like Sarah Paulson, Anya Taylor-Joy, Spencer Treat Clark, Charlayne Woodard, Luke Kirby, and more, all doing very well in their respective roles.

As with “Split”, the score for “Glass” was composed by West Dylan Thordson, and it was great. It does emulate some of the stuff that James Newton Howard did with “Unbreakable” without making it come off as a ripoff. But it does also have a lot of horror cues, which of course are nods towards “Split”. And the finished product is an emotional, tense, and overall well done score that works very well for the movie.

As you all know by now, “Glass” was written and directed by M. Night Shyamalan, and I think he did a damn fine job on that front. You can tell that he’s gotten most of his groove back, which gives us a lot of fun details throughout that adds to the experience, whether it’s a thing in the background, or the use of colors throughout to symbolize the different characters. This is old school Shyamalan working on a somewhat more ambitious scale than his first few movies, which works quite well here. And the cinematography by Mike Gioulakis (who also worked on “Split”) is pretty damn good too.

This movie just came out, but has so far gotten quite the mixed reception. On Rotten Tomatoes it has a 36% positive rating. On Metacritic it has a score of 42/100. And on imdb.com it has a score of 7,4/10 (as of writing).

While it doesn’t stick the landing, “Glass” is still a really well done movie and a decent enough conclusion to this trilogy. It has a good plot, good characters, great performances, great music, and great directing/cinematography. As previously mentioned, the ending isn’t the most satisfying, which is what brings the score down a bit. Time for my final score. *Ahem*. My final score for “Glass” is an 8,75/10. So while it is flawed, it’s still worth buying. 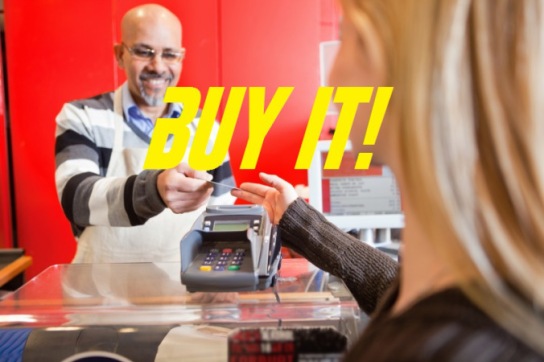 My review of “Glass” is now completed.

What a strange little trilogy.

Is Shyamalan back? Well, he technically never left, he’s been making movies pretty consistently. I mean, is he back in terms of actually making good movies again? He might be, hopefully this review of yours can clear up if he is or not. I guess.

During a day like any other, three girls (Anya Taylor-Joy, Haley Lu Richardson, Jessica Sula) get kidnapped. The person who did it is Kevin (James McAvoy), a man with 23 different personalities residing in his head. And we follow the girls as they try to figure out what’s going on, if there’s some way out of there, and who the hell this strange man is. And I thought the plot here was really good. It was interesting, it was suspenseful, and it was fairly unpredictable. I do have to mention that this movie demands patience out of the viewer, it’s not some fast-paced horror movie that gives you everything immediately on a silver platter. A lot of things might not make sense at first, but if you give it some time you’ll get details of why everything is as it is and everything will make more sense. But yeah, overall I thought the plot here was really good.

The characters, though fairly few, are for the most part pretty interesting. LEt’s start with Kevin, the man with all the personalities. He’s played by Jame McAvoy who I have to give major cred to because he has to portray a fair amount of the various personalities bouncing around in Kevin’s head. Doing something like that is very brave and can also go horrifically wrong and just turn out to be shit. But McAvoy nailed it. Every personality felt really different and I really got a sense that they were all very different characters, all portrayed by this one man. So yeah, McAvoy was amazing in this. Anya Taylor-Joy played Casey, the main one of the three girls that were kidnapped. The character was interesting as she was clever and pretty tough. But we also got a look into her backstory and it really helped flesh out her a bit more. And Taylor-Joy was great in the role. Betty Buckley played Kevin’s psychiatrist, and she was an interesting and entertaining character, and Buckley was great in the role. The other two girls that were kidnapped were played by Haley Lu Richardson and Jessica Sula. And the only reason I’m lumping them together is that none of them were as interesting as Anya Taylor-Joy’s character, and none of them stuck out in my mind, so I just put ’em together like that. Their performances were fine, nothing to really complain about. Overall it’s a well acted movie.

The score for the movie was composed by West Dylan Thordson and it was quite good. It was dark, eerie, haunting, and really helped build a lot of suspense. The score really fit the scenes that it was used in. Because it’s not present in every scene, there’s a fair mount of silence throughout the movie which I appreciated. But whenever the score was used… good stuff.

As you probably understood from the opening of this review, “Split” was directed by M. Night Shyamalan, a man whose name has been attached to some shitty movies. But compared to those, he really did a great job here. His direction is tight and claustrophobic, perfectly building tension throughout the movie. I would also say that Mike Gioulakis’ cinematography helped out a lot, because this movie looks great. As for scares, I never felt like “Oh my god, this shit is scary”. But there were a lot of scenes that were creepy and eerie and got a little bit under my skin. There’s also a surprising amount of humor throughout the movie, and none of it feels forced or out of place, it really worked and it did make me laugh.

“Split” is a real return to form for Shyamalan. It features a great plot, good characters, great performances, really good music, great directing, and great cinematography. Time for my final score. Come on, man… spill it. My final score for “Split” is a 9,67/10. Which means that it gets the “SEAL OF APPROVAL!”.

My review of “Split” is now completed.

So, would you say that Shyamalan is back? Yeah… I think he might be.