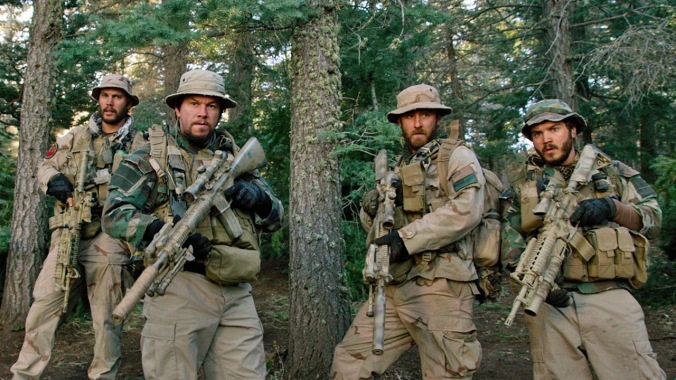 A group of American soldiers (Mark Wahlberg, Ben Foster, Emile Hirsch, Taylor Kitsch) get sent on a mission in Afghanistan to take out a Taliban leader. And soon they find themselves pinned down in an intense battle with the Taliban. And the plot here, while simple in idea and execution is very intense and exciting. I was on the edge of my seat for most of the runtime and it was overall very tense. What I also appreciate is that they show how grey this entire situation is. It’s not just like “‘murica good, Afghans bad”. The Americans ar shown pondering a difficult decision where one option is a big dick move, and the other is not really a dick move. It also shows how there are both good and bad people among the Afghan people (Civilians and Taliban). So there’s a surprising amount of nuance to the plot here, which I appreciated a lot.

The characters in this movie are all somewhat interesting and they have good chemistry with each other. However, I never truly cared about them when things started happening to them. Mark Wahlberg is great, Ben foster is great, Emile Hirsch is great, Taylor Kitsch is great, Eric Bana is great… all the actors in the movie did a great job.

The score for the movie was composed by rock band Explosions in the Sky and composer Steve Jablonsky, and it was really good. It was intense, emotional, and overall fit the movie very well. And while we’re on the theme of sounds, the sound design in this movie is pretty great. I very rarely pick up on sound design in movies, but here I did and it was actually kind of impressive.

This movie was directed by Peter Berg and he did a great job. His directing here is very intense, making the action scenes in this movie pretty fucking heart pounding. Speaking of the action, this movie is very violent. You see people get shot and blood blasts out. Not in a Tarantino-esque way, but in a very realistic way. With that said I also have to give major props to the makeup crew that worked on this movie, because the makeup in this movie looks incredible and actually made me a bit queasy at times. And I can usually stomach gore in movies very well. Good job, makeup crew… you bastards.

This movie has been pretty well received. On Rotten Tomatoes it has a 75% positive rating and a “Fresh” certification. On Metacritic it has a score of 60/100. And on imdb.com it has a score of 7,6/10. The movie was also nominated for 2 Oscars in the categories of Best sound mixing and Best sound editing.

“Lone Survivor” is a really good action-drama. It has a really good plot, pretty good characters, great performances, great music, great directing, and great makeup. However I am bringing it down a little bit because I didn’t care too much for the characters. Time for my final score. *Bang bang bang*. My final score for “Lone Survivor” is an 8,99/10. While not perfect, I’d still say it’s worth buying.

My review for “Lone Survivor” is now completed.

Full disclosure: I am not talking smack about the actual people that this movie was about. I’m just judging the movie versions of them.

Hello there, ladies and gents. And welcome to the first part in a series of reviews that I’ve had in mind for a while. I have titled this series of reviews “The Mangoldathon”. The title of course comes from the fact that this series of reviews will cover movies by James Mangold, as a lead-up to “Logan” this March. Now to be clear, I will not review all of Mangold’s movies, just a handful. For example, I will not cover “3:10 to Yuma”, because I already did that back in the day when my reviews were total shit. But who knows, I might cover it again if you fuckers nag enough in the comments/on twitter. Anyhow, with that said… let the “Mangoldathon” begin!

Freddy Haflin (Sylvester Stallone) is a good, honest, sheriff in a small New Jersey town. But soon he slowly discovers that his town is filled with corruption and cops that might have connections to the mob. And now we have a slowly burning crime-drama that kept me legitimately interested throughout the runtime. I found the plot really interesting and intriguing, if slightly predictable at times. There were a few things that I didn’t see coming, but for the most part it was pretty straightforward, which brings it down a little bit. But the plot overall was solid.

The characters in the movie were interesting and entertaining. Sylvester Stallone really impressed me in this movie. His performance was believable and actually pretty subtle, he really did a great job here. Harvey Keitel was great too as this older cop that we see a lot throughout the movie. Ray Liotta was also great as Stallone’s colleague/friend. And Robert De Niro was great as this internal affairs lieutenant. We also got some really good supporting performances from actors like Peter Berg, Janeane Garofalo, Robert Patrick, and Michael Rapaport. All actors did a good job here.

The score for the movie was composed by Howard Shore and it was actually really good. It wasn’t one of those scores that I always noticed, but when I did I felt that it really helped improve the scene. It helped build up the drama/intensity in certain scenes. There were also a few licensed tracks throughout the movie that kind of worked in their respective scenes too.

This movie was (as stated in the intro) directed by James Mangold and for it only being his second feature film, he did a great job. The direction is slow and tense, and perfectly captures the feeling of unease one should expect from the type of situation that the plot is about. I’m not saying that it got under my skin or made me feel incredibly tense, but the situation definitely fent uneasy and like no one could be truly trusted… except for Stallone, but you get the point.

“Cop Land” is a really good crime-drama. It has a good plot, interesting characters, great performances, really good music, and great directing. However it gets brought down a bit by being kind of predictable. Time for my final score. *Ahem*. My final score for “Cop Land” is a 9,34/10. So it’s definitely worth buying!

My review of “Cop Land” is now completed.

Don’t we all just love thrillers? No? Then what kind of person are you if you don’t like thrillers. They usually are suspenseful and just create some really interesting scenarios. And right now I am mainly focusing on crime thrillers. Not like…action-thriller even though a lot of crime thrillers have action in them. And today we are taking a look at one such movie. A movie that a lot of people seem to like. I mean, it has to be liked since it got two Oscar nominations.

Ladies and gentlemen, from the Director of the excellent movie “Heat”…”Collateral”.

This movie follows a cab driver named Max (Jamie Foxx). He has a dream to one day make enough money to start up a luxurious limousine company. And he believes he can achieve this dream since he basically is the best at this job. Even though the traffic of L.A can be a bitch. One night he meets prosecutor Annie (Jada Pinkett Smith). They make a little bet. The bet is that if Max can get her to her destination faster than her originally intended way…that’s it really. But if he’d lose, the cab fare would be free. And he wins…so she appararently gives him her number. Oh, and they had some generally good conversation in the car about the fastest ways around. After he had dropped her off, a business man named Vincent (Tom Cruise) enters the cab and offers Max 600 dollars cash to take him to five different destiantions and wait for him at each. Max agrees to it. What he doesn’t know though is that the “business” Vincent is up to is assassinating some people. When Max finds out about this, Vincent pretty much threatens his life. So their journey of getting these people killed starts. There is also an LAPD cop named Fanning (Mark Ruffalo) getting clues about these murders…without all the details of course. And he is on the pursuit after the killer (A.K.A Vincent). Now the story is something that I adore about this movie! It is not only well written, it’s also incredibly suspenseful. The way all characters interact with each other is just so great. Especially the little relationship between Max and Vincent. They are not just like “Killer and Victim”, they manage to find some kind of respect for one another. This story is airtight. It never gets boring, not at any time…something is always going on! I love it!

The characters are fucking sweet. They have a good amount of layers to them. Most of this comes from the fantastic performances in this movie. I especially love the character of Vincent. Tom Cruise delivers a cold, calculating and develops fantastically through the movie. He is not just this “Do as I say or I’ll fucking kill you!”. He is one of the most complex killers and honestly characters in general in recent media. And most of that is coming from the cold and amazing performance of Tom Cruise. This is probably the best I’ve ever seen from him. Jamie Foxx as Max was also incredibly good…hell, he was Oscar nominated for it. So yeah, great characters.

The soundtrack…oh my god, the soundtrack. It is so damn good. There are a few original tracks, that are incredibly good I have to say. But for the most part the soundtrack is licensed songs, but that is not necessarily a bad thing as long as the songs are good. And here in “Collateral” they are great. They all fit the settings in this movie like downtown L.A, slums, night clubs etc. I really like this soundtrack.

This movie looks like it was filmed in a handheld way. And by that I mean it looks like someone actually held the camera instead of using one of those pole…things. Usually that is not the best idea. But here in “Collateral” it looks fantastic. It really works for everything that this movie is and wants to be. It just fits.

Reception for “Collateral” was overall good. Rotten Tomatoes gave this movie an 86% rating and have given it the “Fresh” ceritfication. Metacritic gave this movie a 71/100 rating. The lovely Roger Ebert gave this a 3,5/4 star rating. Here comes something he said:

“This is a rare thriller that’s as much character study as sound and fury.”

Sure, that doesn’t summarize his thoughts all too well, but it works. imdb.com gave this movie the lovely score of 7,6/10.

I have said some things about this movie. And now I will give it my score. “Collateral” gets a 9,6/10. It is a buy and gets the “Seal of Approval” 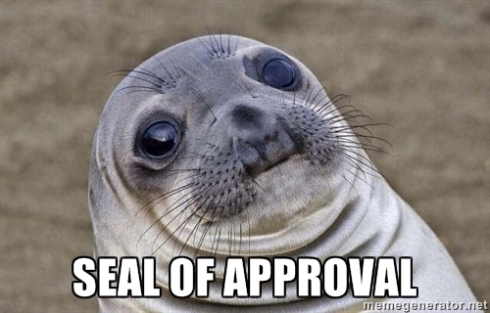 This has been my review of “Collateral”.

Now if you’ll excuse me, I have to go find a cab and attend to some…”business” matters.