Hello there, ladies and gentlemen of the internets. Another Month of Spooks has come to an end, and it’s been a good one. There’s been spookums, there’s been hookums, and we’ve had a solid mix of horror stuff. So here’s a post to round up all the posts that have been done in the name of the Spook, both from me and from my guest reviewers (lovingly called my little Spookers).

Let’s see, that is… 15 posts from me… that’s not bad. But enough of me… time for my little spookers!

The first one to sign on for this silly thing was Sasha, one of my friends from twitter. She was intrigued about writing about horror stuff, especially since she seemingly wanted to do more things for her blog. I happily had her on board, and soon she started delivering quality posts. Now, she intended to write more posts than she did, but things got in the way for her. But what she did give us… was pretty fucking awesome.

Raw
Pet Sematary
The Love Witch
The Invitation
The Voices

Those were Sasha’s awesome posts. NEXT PERSON.

The second person to sign on was Mr. Gavin. We’d had interaction on twitter and such several times before, but I was a little surprised when he seemed genuinely enthusiastic about joining in on my silly little thing. That said, I was also really happy because Gavin’s a cool dude and a good writer, so getting him on board was just awesome. He was also incredibly generous, giving us a metric buttload of posts. So let’s get into it.

Thank you for that, Gavin… that was quite a lot. Anyhow… NEXT.

For the second year in a row we have The Craggus tagging along for the Month of Spooks. Not only is he a good writer and a cool dude, but he is also the one putting together the logo for this whole thing. So once again, thank you sir. Now, let’s get into his posts.

Thank you for all that, Craggus. Appreciate it.

Now, just as a general shoutout: Jia Wei AKA. JW AKA. Film and Nuance

Now, what I mean with the “Shoutout” thing in his introduction is because he had actually signed on to take part in this, however he never actually got around to making any posts for us. But since he was signed up I thought I’d at least give him a shoutout. He’s an incredibly talented writer and overall really nice guy, so he deserves all the visits he can get (same with all of these people). So click the “Film and Nuance” link in his intro to go there and give him some love.

Well, that’s about it for this. Huge thanks to my little spookers for delivering great stuff. And of course, a huge thanks to any and all people who popped in to read my stuff this month… I appreciate so god damn much. That’s it for the Month of Spooks 2017!
Have a good one!

Hello and greetings, you guys. Well, it’s finally over. It is now November and the Month of Spooks has come to an end. I had a lot of fun doing it, and I am so grateful for all the love and support you all showed me during those 31 days. From likes, to nice comments… it has just been great. Now, since it’s all done I have decided to do a little roundup of everything Month of Spooks. I’m gonna start by listing everything I did, and then… I will share with you the stuff that some other awesome people did for me during it. So here we go!

My posts (only briefly listed, since I made quite a few).

So those were the posts that I myself did for the Month of Spooks. 11… which I’m pretty sure is more than I did last year when I truly half-assed it. But enough of that. Let’s talk about the posts done over on some other blogs by some cool people who aren’t me.

First up we have Zoë, who also happens to be the first out of anyone to sign up/volunteer for this. She runs the badass blog which you see the title for at the top of this slot (linked in said title). And I was of course happy that she wanted to join because she’s awesome. So I was of course highly anticipating her post… so let’s talk about it.

Since I gave Zoë (and my other spookers) free reign with what they could do for Month of Spooks, as long as it was within the horror genre, I was genuinely interested in what would get cooked up. So Zoë made a list of the ten best deaths from the “Scream” movies, which means that if you haven’t seen the movies but want to… this list spoils pretty much all of them (duh). But I’m just gonna say that it was an entertaining read and I was not disappointed. It’s a great post… awesome job, Zoë! 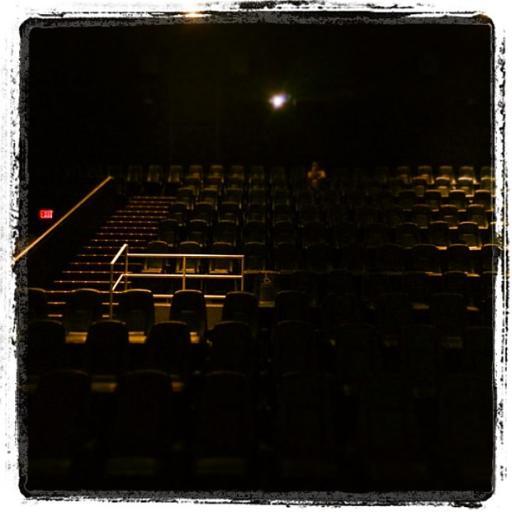 Keith, a person who loves movies, was another person who was kind enough to join in on the “fun”. His blog (linked in the title of this slot) is another one that I really like. It’s fun, it has great reviews, and features a lot of guest posts on there. It’s always fun to see what comes out from his site. Now his approach to the Month of Spooks was a little different from Zoë… mainly in that he gave us two posts instead of one. Also he did reviews instead of lists. So let’s talk a little about them.

So for the first of his two posts he gave us a review of “Ouija: Origin of Evil”, the recently released movie directed by Mike Flanagan. Firstly, if it’s pronouneed “Ouijee”, don’t spell it “Ouija”. Secondly, Keith didn’t disappoint. I always enjoy reading his reviews, and this one was no different. It’s a solid review that also happen to fly under the Month of Spooks banner. And apparently, the movie was good… despite it being a prequel(?) to a fucking awful movie that came out two years ago.

So in his second review, Keith decided to tackle another recently released movie… that is part of a clichéd and unfunny franchise directed by and starring Tyler Perry. And Keith once again gave us a solid review where he in the end said he liked the movie… Yeah, I’ll take the last few words of that sentence makes no damn sense for 200, Alex.

So for the third and final contestant(?) we have the Craggus, AKA… The Craggus. Since this individual’s true identity isn’t as well known as with the previous two people, this person will simply be known as the Craggus, or Craggy as I sometimes call him. Fun fact: He was actually the one that created that logo you see at the top of this post, so I am very grateful to him for being kind enough to do that. So thank you, Craggy. And just like Keith, he gave us two posts.

So here we have a review of the TV remake of “Rocky Horror PIcture Show”. And with this we get a very solid post from Craggy where he baisclaly tells is that it’s not that great. Kind of meh… really meh. 5 of 10 levels of meh. That’s not me being funny, that’s what the post says. Don’t trust me? Read it!

So for his second (and final) post, Craggy decided to review the horror classic that inspired so many people… John Carpenter’s “Halloween”. Aparently he hadn’t seen the movie before, which is a little bit of a shame, but I’m happy that he finally saw it and even gave us the review… on Halloween. It’s another great post from a great writer.

So that’s it, those were all the posts that were related to the Month of Spooks… except for my announcement post, but that doesn’t count. And once again I would like to thank Zoë, Keith, and the Craggus for joining in on my dumb shenanigans… you three are awesome! And of course, thank you to anyone who has continued reading my shit throughout the month… you are all awesome!
Have a good one!