Alright, first review of an actual 2020 release. We’re finally getting into the new year properly.

Ladies and gentlemen… “The Outsider”.

When a young boy is found having been raped and murdered, the evidence points to local baseball coach Terry Maitland (Jason Bateman) having done it. But as Detective Ralph Anderson (Ben Mendelsohn) looks further into it, there seems to be more to the case than meets the eye, leading Ralph down a dark and complicated path. So now we have our dark mystery series. And I would say the story here is a really intriguing one. The way this case evolves the further we get into the show is fascinating, making for some really interesting and often suspenseful television. It’s often also quite disturbing, but in a way that serves the story and doesn’t feel like cheap exploitative crap. Now, there are parts of the show where not much happens, and that drags it down ever so slightly. I don’t mind a slow burn (hell, most of this show is a slow burn), but there’s a difference between slowly burning drama and no real development. That said, it doesn’t full on ruin the show for me… it’s still a great and chilling story.

The characters in this are flawed, layered, and overall quite interesting. First up we have Ben Mendelsohn as Ralph Anderson, an aging police Detective who’s the lead on this case. He’s a determined man, ready for action at any point, while also dealing with some personal demons. And Mendelsohn is great in the role. Next we have Cynthia Erivo as Holly Gibney, a private investigator who gets brought in to help out with the case at a point in the story. She’s a bit eccentric, but also absolutely brilliant at what she does, making her a very valuable part of the cast. And Erivo is great in the role. Jason Bateman is good as disgraced baseball coach Terry Maitland. Bill Camp is great as defense attorney Howard Salomon. Yul Vazquez is great as fellow detective Yunis Sablo. Julianna Nicholson is good as Terry’s wife Glory. We also get supporting work from people like Paddy Considine, Jeremy Bobb, Mare Winningham, Derek Cecil, and more, all doing very well in their respective roles.

The score for the show was composed by Danny Bensi and Saunder Jurriaans (two names we haven’t seen on this blog in quite a while). And I think they did a great job in creating an eerie and chilling score that perfectly encapsulates the dark and creepy vibe that the rest of the creative team were going for. There’s also a few licensed songs used throughout the show, and they work well enough in their respective scenes.

Based on the Stephen King novel of the same name, “The Outsider” was developed for HBO by Richard Price, with writing by him and a bunch of other cool people (including my favorite author, Dennis Lehane), and directing by a few other cool people (including Jason Bateman and Karyn Kusama). And this is where the show is at its best. The craft is fucking immaculate. The slow burn of the story is very much part of the directing too, and I like that, as it gives the show this cold and almost otherworldly vibe that constantly kept me on my edge to some degree. And the cinematography, split over the ten episodes between Kevin McKnight, Zak Mulligan, Rasmus Heise, and Igor Martinovic… it’s stunning. Each shot is meticulously planned, making for quite an engaging visual experience.

While it does drag a little in parts, “The Outsider” is still a damn good show that I highly recommend. It has a great plot, good characters, great performances, really good music, and great directing/cinematography. Time for my final score. *Ahem*. My final score for “The Outsider ” is a 9/10. So it’s definitely worth watching. 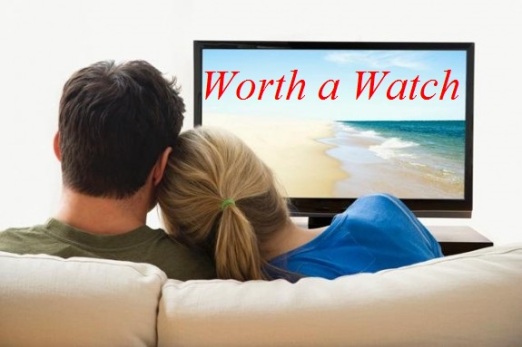 My review of “The Outsider” is now completed.