Time for the Summer of the Swedes to keep going. So what’s on the menu today? A children’s film? Oh fuck.

Ladies and gentlemen… “We Can Be Heroes!” (Original title: Bäst i Sverige!).

Marcello (Ariel Petsonk) doesn’t have it easy. He’s bullied by some boys in schools, and his parents (Michael Nyqvist, Anna Pettersson) try to dictate where his life is supposed to go. But when he befriends the new girl in his class (Zamand Hägg), his life starts changing in a few ways. If some of these elements sound familiar, that’s because you’ve seen other movies. But just because this film borrows cliches from other ones doesn’t mean it’s bad. In fact, I’d argue the story here is pretty good, with writing that takes the cliches and uses them in charming and enjoyable ways. There’s a lot of times when our main character has really vivid dreams, both in the middle of the day and during the night, which serve to not only develop him as a character, but also further the plot and also entertain. And it helps make the storytelling here feel fresh and fun. There are one or two moments in the story that maybe don’t fit too much, since they push the suspension of disbelief a bit too much, but overall I really liked the story here.

The characters in this are colorful, fun, and at times surprisingly nuanced. Sure, they all might seem like walking cliches at first. But as the story moves on, we see most of them get some decent development that makes them endearing and likable. And the cast, which features people like Ariel Petsonk, Zamand Hägg, Michael Nyqvist, Anna Pettersson, Ralph Carlsson, Pontus Stenshäll, and more, all do pretty well in their respective roles.

The music in this movie is based heavily in a lot of pop tunes, which I guess is used to help add to the overall fun tone of the movie. I’m not saying all of them 100% fit all of the time, but I also don’t think any of the tracks ruin the mood at all. The songs work fine.

“We Can Be Heroes!” was directed and edited by Ulf Malmros, and I think he did a damn good job. The way he shoots a scene is energetic and fast-paced, while still allowing for some of the more quiet scenes to nicely simmer. And man, the editing is really good too. Malmros knows when to make perfect cuts and how to nicely transition between reality and Marcello’s dreams. The craft here is really good. And since this is a comedy (despite imdb not acknowledging it), how is the humor? Fucking funny. It’s charming, it’s silly, it’s cute, it’s even a little brash at times… and most of it made me laugh.

On Rotten Tomatoes it exists with no rating. And on imdb.com it has a score of 5,8/10.

“We Can Be Heroes!” had a bit of an uphill battle with me, being both from my own home country and a children’s film. But god damn, it managed to win me over. It’s a charming little comedy about finding yourself. It has a good plot, really good characters, really good performances, pretty good music, great directing/editing, and funny comedy. Time for my final score. *Ahem*. My final score for “We Can Be Heroes!” is an 8,89/10. So I’d definitely say it’s worth buying. 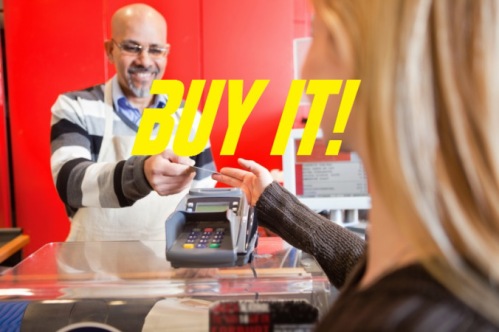 My review of “We Can be Heroes!” is now completed.

Things are starting to look up.