Anyone who’s followed this blog for an extended amount of time knows what a big fan of this show I am. So obviously I was quite excited that it had returned this year, despite delays due to covid. And now I’ve finally watched through this latest season, I’m ready to share my mad ramblings about it.

Following in the murder of a journalist,  AC-12 get tasked with looking into DCI Jo Davidson (Kelly Macdonald) and her potential mishandling surrounding the situation. Meanwhile we see Steve (Martin Compston), Kate (Vicky McClure), and Ted (Adrian Dunbar) are dealing with the consequences of the previous season. So season 6 is not only acting as a new case for our favorite anti-corruption officers, but it’s also attempting to address what’s come before as well as try to tie the bow on a lot of the threads set up throughout the show. It basically acts as a full on final act for the entire show. And I honestly found the narrative in this season to be really solid… with a few caveats. To be quite honest, I wasn’t a giant fan of the first two episode. They weren’t bad per se, as far as overall quality goes, they’re good. But something about them didn’t quite hook me as much as I expected. Previous seasons could have me clutching my legs almost immediately, or by the end of episode 1 at the latest. Here it took until episode 3 for my body to even feel the tingle of suspense. But when that point hits it just gets better and better, and it finally feels like we’re sucking diesel. And without getting into spoilers, let’s talk about the controversial final episode for two seconds… I don’t mind it. I feel like the revelations and events within it, while not exactly what I expected or had in mind, fits quite well for the show and ultimately serves as a very thought-provoking and logical end to this saga.

The characters, both new and old, this season remain as unique, flawed, complex, and interesting as always. Steve, Kate, and Ted’s bond has morphed a little bit since the end of last season in ways that are interesting, and it makes for some excellent bits of interaction and character development throughout. And I think I don’t need to say much about Compston, McClure, and Dunbar who are all as terrific as always. Then there’s series newcomer Kelly Macdonald as Jo Davidson, the DCI under investigation from AC-12 this season. She’s a decently interesting character whose development I enjoyed following throughout this season, with Macdonald being really good in the role. We also get supporting work from people like Perry Fitzpatrick, Nigel Boyle, Shalom Brune-Franklin, Tommy Jessop, Gregory Piper, and more, all doing very well in their respective roles.

As with previous seasons, the score was composed by Carly Paradis, and as with those aforementioned seasons, she did an excellent job. Tense, emotional, and exciting, her score is just great.

Season 6 of “Line of Duty” was completely written by series creator Jed Mercurio, with direction of the seven episodes split between Daniel Nettheim, Jennie Darnell, and Gareth Bryn. And I don’t know what to say here that I haven’t rambled about before in my other reviews, the craft here is superb, finding a nice balance between looking really sleek and still retaining a lot of grit throughout. And while it takes a bit to get genuinely suspenseful for me, when it actually does, it is really fucking tense. Yeah, I got nothing new to add here.

This show/season has been pretty well received. On Rotten Tomatoes the season has an 86% positive rating and a “Fresh” certification. On Metacritic it has a score of 86/100. And on imdb.com the show has a score of 8.7/10 and is ranked #106 on their “Top 250 TV shows” list.

While the first two episodes are a little less engaging than I would’ve liked, there’s no denying that the sixth (and potentially final) season of “Line of Duty” ends up being another tense, exciting, and highly watchable run of AC-12’s antics. Time for my final score. *Ahem*. My final score for season 6 of “Line of Duty” is an 8.94/10. So while that slow start does hurt it a little, I’d still definitely say that it’s worth watching. 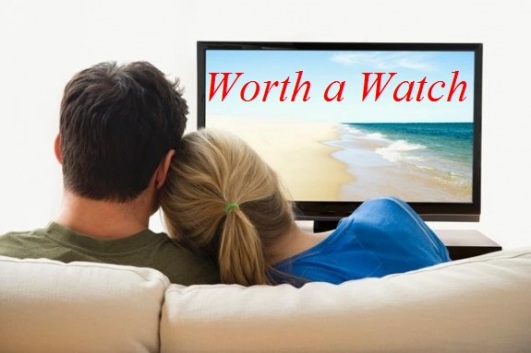 My review of “Line of Duty” season 6 is now completed.

If this is indeed the last we’ll see of this show, then I must say that it’s been great following it and I’m gonna miss having it around.