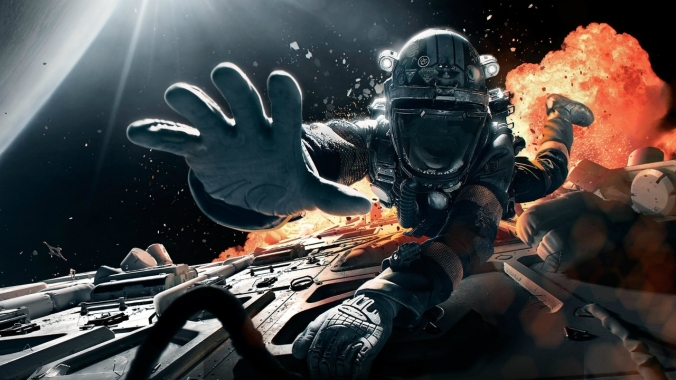 As some of you might remember, I reviewed the first season of this show a couple of weeks back. You might then also remember that I kind of loved it. So, now that season 2 is watched, the question is: Is it any good? Let’s find out. Oh and by the way, there will be some spoilers for season 1 here. So if you haven’t seen that first season, maybe go catch up and come back. Or you just don’t care. Anyhow, let’s get on with the review.

Ladies and gentlemen… “The Expanse” season 2!

After they discovered the Protomolecule and succesfully escaped from Eros, the crew of the Rocinante (Steven Strait, Cas Anvar, Dominique Tipper, Wes Chatham) and detective Miller (Thomas Jane) are once again out in space. So now they have to find out who/what’s behind this infection and also if there’s a way to fully stop it. We also once again follow Chrisjen (Shohreh Agdashloo) as she navigates the tough world of politics, trying to keep the tense relationship between Earth and Mars from brewing into a full blown war. I’m not gonna dilly-dally too much… fuck me, the plot here is fantastic! The conspiracy/mystery behind the Protomolecule that Holden and gang have to solve is extremely fascinating and helps give a bit more depth to the universe. And the political side of the plot is extremely interesting, adding a surprising amount of tension to everything that happens throughout the 13 episodes. That’s right, this season is 13 episode long instead of 10. Increasing the amount of episodes like that can sometimes go poorly, but here they handle it spectacularly. It is overall a bigger season in every sense of the word, and while “bigger doesn’t mean better” can apply to a lot of situations, this isn’t one of them… the expansion of “The Expanse” (HA!) is very well handled.  The plot here is dramatic, exciting, suspenseful, intense, and just overall fantastic!

The characters in season 1 were already quite interesting, and here in season 2 they get even more development, and not just singularly, but the relationships are developed a bit more too. Steven Strait once again played Jim Holden and while he at times can seem a little dumb in his decisions, he’s still an incredibly interesting character. And Strait is great in the role. Dominique Tipper returned as Naomi Nagata, a very clever woman who can let her emotions get the best of her at times. And Tipper is great in the role. Cas Anvar returned as Alex Kamal (my favorite character in season 1), the Martian-born pilot of the Rocinante. Like in season 1, he is quite a funny character, but he’s also given a lot of good dramatic moments that really helps make the character even more compelling, and Anvar is great in the role. Wes Chatham returned as Amos Burton, the Roci’s resident knucklehead. But he’s not just a big, dumb piece of bicep, he is also a character that clearly cares about his friends. And after he experiences something in the season (no spoilers), he gets some dramatic weight to him. And Chatham is great in the role. Shohreh  Aghdashloo returned as Chrisjen Avasarala, the extremely interesting UN politician. She knows how to cleverly mainpulate people to get her will across, without seeming like a villain. And Aghdashloo is fantastic in the role. Thomas Jane returned as detective Miller, the stubborn man out to do his job. I don’t wanna say more about him because there’s some spoiler-y stuff. So I’ll just leave that by saying that Jane is really good in the role. Now let’s talk about the newcomer of the season. This season introduced us to Roberta “Bobbie” Draper, a Martian soldier who goes through some shit. She’s played by Frankie Adams and she’s great in the role. We also get some killer supoorting performances throughout from people like Jared Harris, Chad L. Coleman, François Chau, Hugh Dillon, Shawn Doyle, and various other actors.

The score, like in season 1, was composed by Clinton Shorter and it’s just as great as season 1. Dramatic, tense, epic, cool, and it just overall fits the show perfectly. Really, there’s not much else I can say here.

Like I said in my review of season 1, this show was created by Mark Fergus and Hawk Ostby and written/directed by a whole bunch of people. Season 1 was very well directed, making use of the claustrophobic ships, the futuristic/shit towns, and the big, open space to create a tense atmosphere. And they nailed it once again, making perfect use of their sets/environments. And the shots look great, with some interesting cinematography. And yes, there are some shootouts here and they are very well handled. I also have to mention, in season 1 the effects were great… but here they really upped their game. They seem to have given the CGI some extra polish/work because holy shit, it looks even better than in season 1 (somehow). They even have space battles which are handled in a very realistic but still exciting way. This show really is pure eye candy.

My review of “The Expanse” season 2 is now completed.

I’m still stunned that a show this good can come from the same channel as “Sharknado” and “Mega Shark vs. Giant Octopus”.